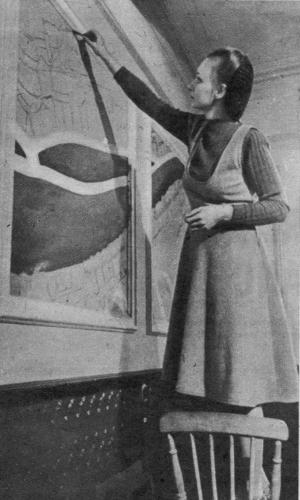 Fulgar has announced plans for “Seeking the Marvellous – Ithell Colquhoun, British Women and Surrealism” a two-day interdisciplinary symposium that will examine the work of Ithell Colquhoun (1906 – 1988) and other women connected both with Surrealism and with Britain. It is organised by Plymouth College of Art in partnership with the Black Mirror research network and will be held in Plymouth on March 22nd and 23rd 2018. Their site continues:

“During her lifetime, Colquhoun was widely respected, both as an artist and an occultist but since her death her oeuvre has been largely lost from public view. Her intellectual and artistic contributions to Surrealism and to British modernism and occultism have seen some scholarly attention, but hardly any extensive investigation. This symposium seeks to re-examine Colquhoun and her place in art history and in the history of occultism from a variety of perspectives. We are also interested in papers on other female artists connected with Surrealism in Britain; these might include Eileen Agar, Valentin Penrose and Leonora Carrington to name but a few. “British” might also include those who lived or worked in Britain as well as those with British nationality. In all cases, emphasis consideration should be paid to the polyvalent dialogues enacted between women artists and Surrealism in the British and/ or other national contexts. Our time frame is 1900 – 1980 and we welcome contributions on the visual and performative arts including painting, drawing, sculpture, photography, film, design, fashion, theatre, dance and music. We are especially interested in work which examines the connections between artists and the magical or the occult, and/ or in women who were prominent figures during their lifetimes but whose work and reputations have become obscured or occulted since their deaths. We welcome papers from all disciplinary and theoretical backgrounds, including gender and queer theory and postcolonial approaches.”

The symposium will be held in Plymouth, close to Cornwall where Colquhoun lived and worked for much of her life. We hope to include new local documentary material about Colquhoun.

Event organizers are calling for papers to be presented at the conference – deadline for submissions is May 31st, 2017

Include the following details: name and surname, affiliation, contact email address, and a short biography, including details of most recent publications.