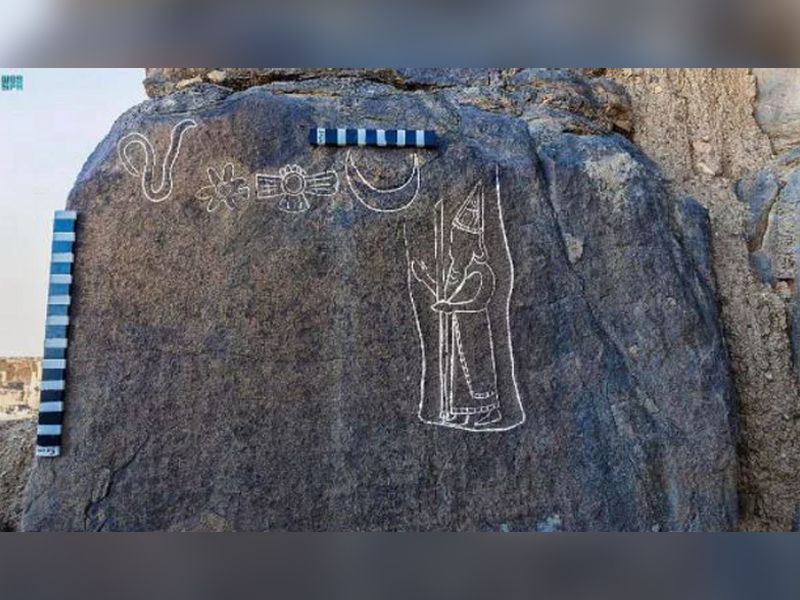 Smithsonian Magazine ran a story about recent discoveries in the Middle East including a carving of the last king of Babylon. Considering the persistence of aspects of Sumerian religion and magical concepts via Babylon to the present day, we thought this’d be of interest.

As Arab News reports, archaeologists from the Saudi Commission for Tourism and National Heritage spotted the 2,550-year-old inscription engraved on a basalt stone in the Al-Hadeed Governorate, in the country’s northern Hail region.

Per a statement, the carving contains 26 lines of cuneiform writing, making it the longest cuneiform inscription discovered in Saudi Arabia to date. The find could shed light on the history of the Arabian Peninsula and its ancient residents’ ties to neighboring Mesopotamia.

The etching shows the Babylonian king standing with a scepter in his hand. Four symbols—a crescent moon, the sun, a snake and a flower—hover in front of him.