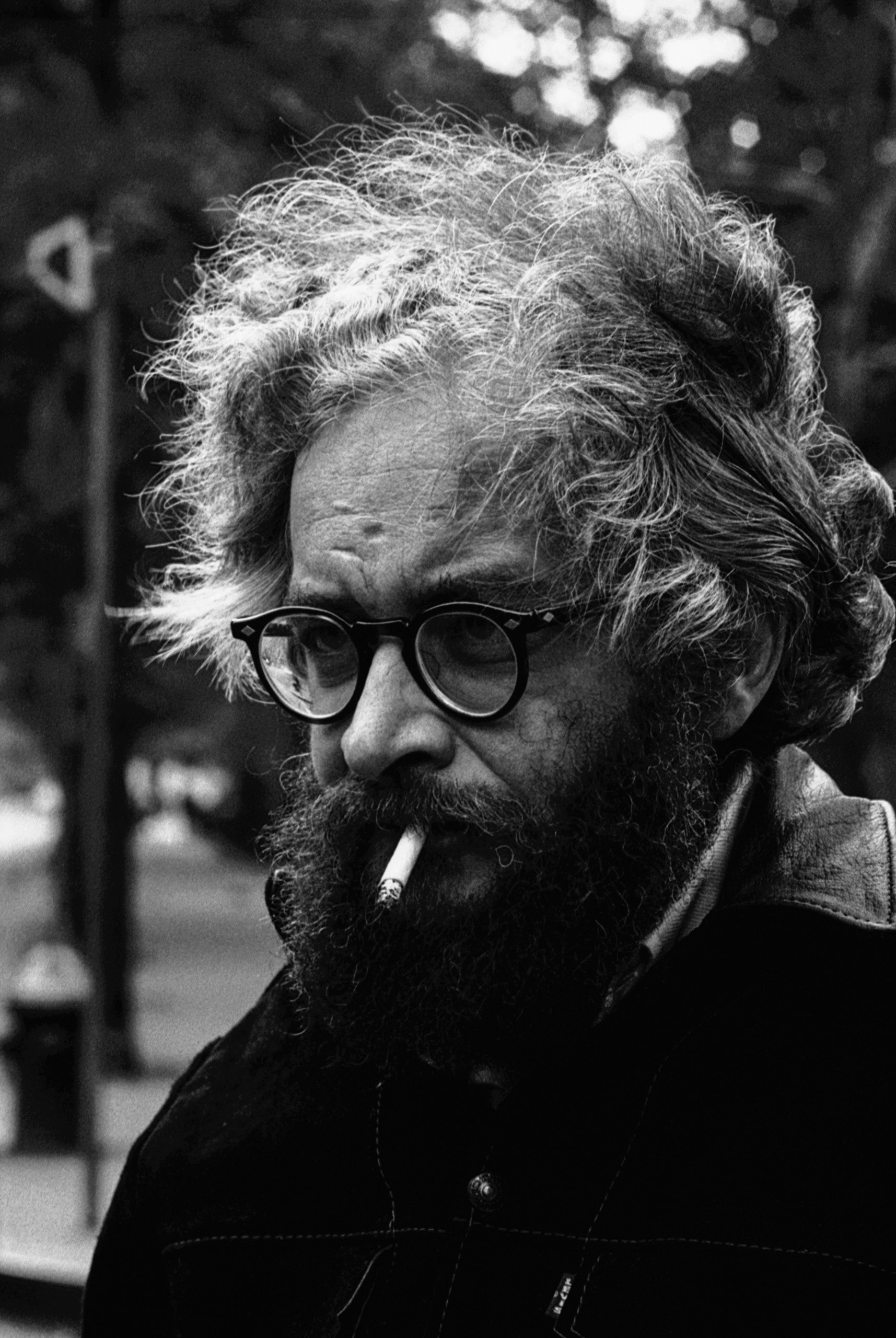 Who was Harry Smith? The short answer about the 20th century polymath and hustler might be divined in his legendary Anthology of American Folk Music from 1952, an LP collection of mostly Southern US folk music on 78rpm records. The Anthology established a cult of listening and influenced popular and folk revival artists from John Sebastian and the New Lost City Ramblers to rockers like Jerry Garcia of the Grateful Dead and Beck. In addition to music recording and wide ranging research into tribal and other cultures, Harry Smith was a painter on canvas and on film. He was a profound thinker and worker in the American vernacular.

Nick Spitzer: That’s a taste of my own conversation with Harry Smith in Greenwich Village over thirty years ago. I asked the noted folklorist, jazz scholar and music biographer, John Szwed, who was Harry Smith?

John Szwed: Well, that’s the toughest question of all, and maybe it’s the only one that really seriously needs to be answered. He was, let’s see, a filmmaker, a folklorist, a collector, a record producer, a magician, a painter, and as many people would say also a polymath and, what, maybe an autodidact. He was also a bum–that is he had no paying job past the age of twenty-five, and yet somehow survived to do amazing work, the most amazing of which is the Anthology, or at least the most known is the Anthology of American Folk Music, which has had enormous influence over the years and continues to have so, and yet very few people have heard of him.

JS: He was asked, “What really influenced you to be what you were?” He said, “I had a lonely childhood. And I was astigmatic, and I couldn’t see. My hearing wasn’t good.” He had problems, you know he was bent over and so forth and so on–he was short. So his father made him a row boat, and he would spend hours, spend half a day floating around watching kelp and the water movement and watching small animals move and watching the flow of waves as they intersect. Someone said, “Is it surrealism that influenced you?” “Yes, but kelp, floating kelp in the water more so.” And he’s not kidding, right? I start googling kelp. Who pops up but Leonardo! Who spent hours in a boat watching the water movements, and then he starts rigging up things, everything from canal locks to inventions that didn’t exist. I think, well if it’s good enough for Leonardo, it’s good enough for Harry.

Harry Smith: I’ve always been interested in things that are either made bigger than they belong or smaller than they belong, because of course one of the great problems that faces the world if it should live so long, that these undulations form our contact with reality. Again, I presume that this type of notion is colored by the Transcendental-type philosophy that my parents espoused. So when the time came to make motion pictures, I presume it arrives in everyone’s life but they don’t make them. It just happens that I was kind of a social outcast, so I had plenty of time on my hands and made ’em.

To hear the full program, tune in Saturdays at 5 and Sundays at 6 on WWNO, or listen at americanroutes.org.