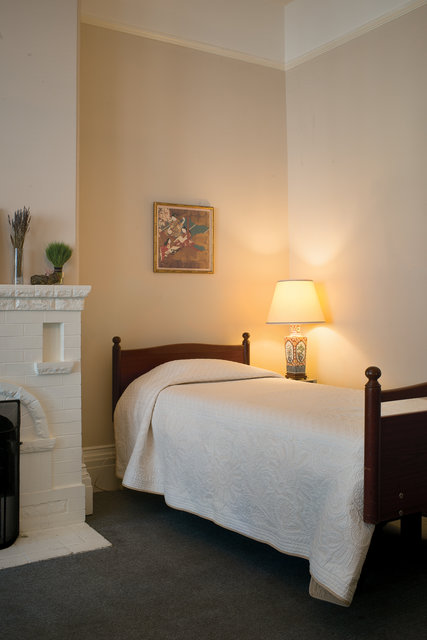 In Aleister Crowley’s Liber XV or Gnostic Mass, the penultimate Collect intoned by the Deacon addresses Death. Crowley’s direction to the congregation in the text of this ritual states: “All stand, Head erect, Eyes open.” This would appear to indicate that the laity of Ecclesia Gnostic Catholica and those who style themselves Thelemites confront this transition squarely, proudly, fearlessly and with full consciousness — as opposed to the general populace who attempt to deny the inevitable, eager to segregate, isolate and hide all those who are in the final stages of this process.
The New York Times Sunday Magazine profiled B.J. Miller and the Zen Hospice Guest House last month and their quest to offer new options as to what people in the final days their incarnation experience, as well as their friends and family. Part of the inspiration for the strategies deployed at Zen Hospice Guest House came from Miller’s own experiences in a burn unit after being electrocuted atop a parked railroad car:
“Miller described languishing in a windowless, antiseptic burn unit after his amputations. He heard there was a blizzard outside but couldn’t see it himself. Then a nurse smuggled him a snowball and allowed him to hold it. This was against hospital regulations, and this was Miller’s point: There are parts of ourselves that the conventional health care system isn’t equipped to heal or nourish, adding to our suffering. He described holding that snowball as ‘a stolen moment,’ and said, ‘But I cannot tell you the rapture I felt holding that in my hand, and the coldness dripping onto my burning skin, the miracle of it all, the fascination as I watched it melt and turn into water. In that moment, just being any part of this planet, in this universe, mattered more to me than whether I lived or died.’”
read the entire article here: https://www.nytimes.com/2017/01/03/magazine/one-mans-quest-to-change-the-way-we-die.html