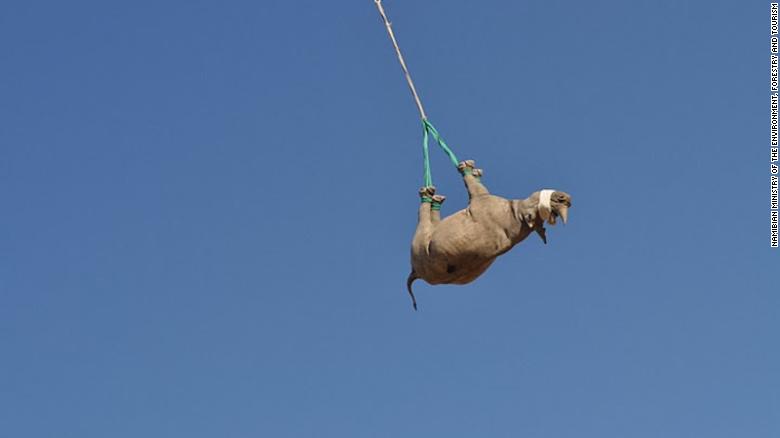 The journal is a parody, but the experiments are for real, and this year’s Ig-Noble prize winner shows that when you have to airlift a rhino, it’s better to do so upside down.

Among the other scientists honored this year were a group of researchers who looked into the bacteria that live on discarded chewing gum on sidewalks, and researchers who discovered orgasms can clear nasal congestion in humans.
Last year, the Ig Nobel Prize was given to a team of Austrian and Japanese scientists who put an alligator in a helium-filled box and made it make noises.
Another experiment, which found that narcissists can be identified by their eyebrows, was also honored.