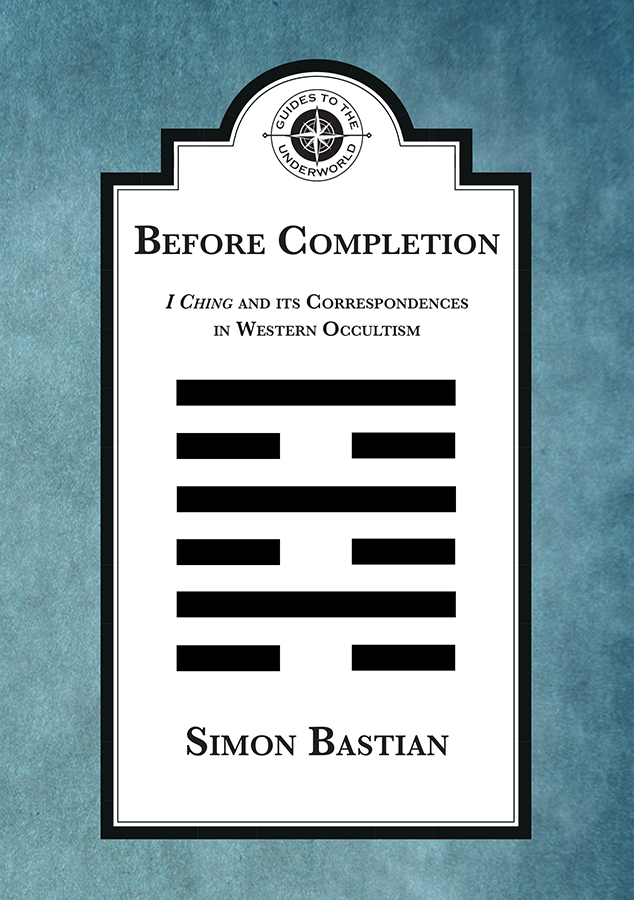 UK occult publisher Hadean Press has announced the release of the latest title in their Guides to the Underworld series:

“‘Before Completion’ is the apparently ‘final’ Hexagram of the I Ching, but it comes after No. 63, ‘Completion’. This might seem a strange arrangement, though really it is saying there is no end result, and so, any study of it and its correspondences will never be complete. I Ching (also rendered Yi King or Yi Jing) has inevitably been studied in the West through comparison, synthesis, or revelation, as for example a guide to business practice, a psychological device demonstrating Jung’s theory of synchronicity, as an early scientific mapping of the DNA code and quantum mechanics, and inspiration for the arts such as dance (Merce Cunningham), music (John Cage), and literature (Philip K. Dick’s The Man in the High Castle). In Before Completion: I Ching and its Correspondences in Western Occultism, author Simon Bastian explores the Western magical arts which have been associated with the I Ching, including the Qabalah, Astrology, and Tarot, presenting the barest suggestions for further work with this ancient system.”

Pick up a copy: https://www.hadeanpress.com/news/before-completion. 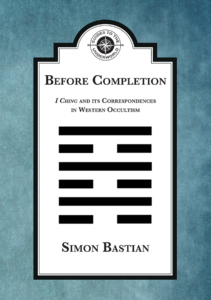