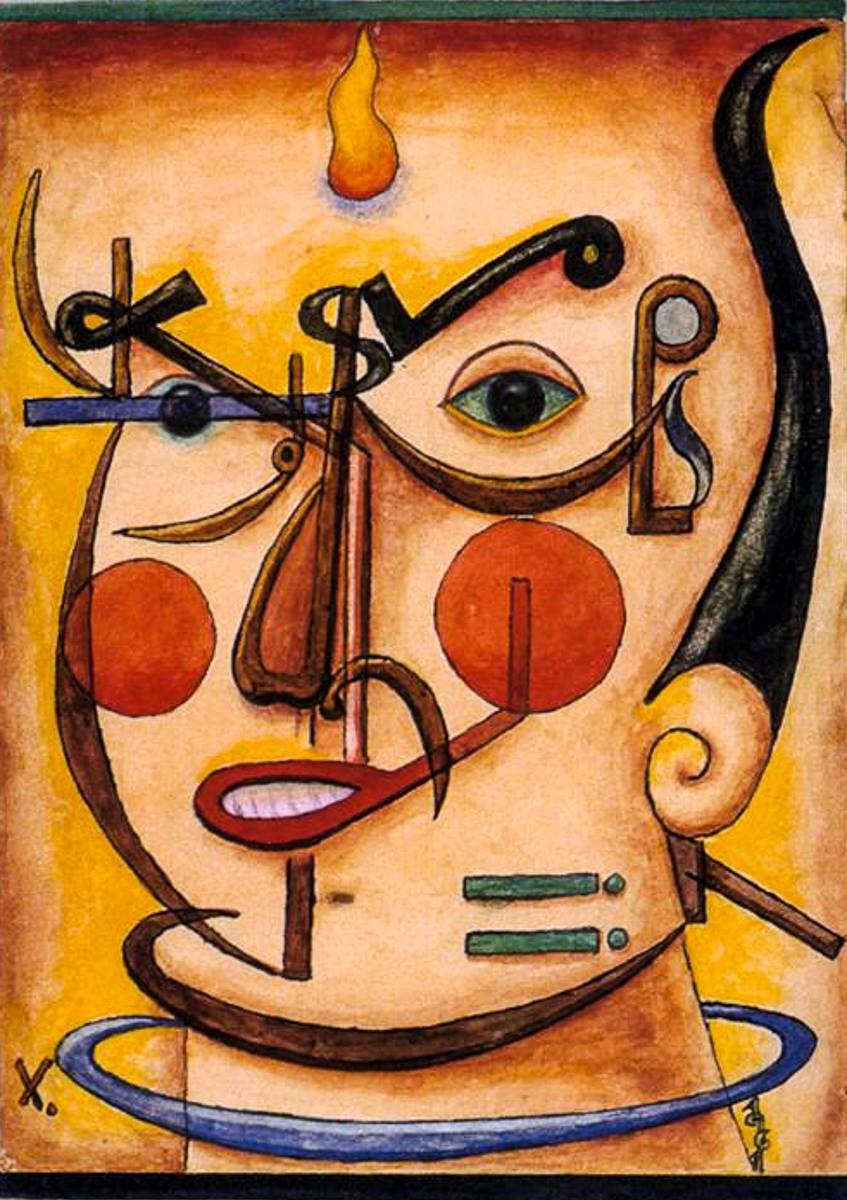 A couple years back Frater Orpheus posted on the the Argentine artist known as Xul Solar – someone perhaps underappreciated by the occult community. One of his projects was a book of meditations done under the guidance of the Prophet of the Lovely Star.
“This portrait of Aleister Crowley was painted by Xul Solar. An Argentine artist whose birth name was Oscar Agustin Alejandro Schulz Solari, (December 14th 1887 – April 9th 1963). The title of this piece is “Muy Mago” which roughly translates into Supreme Magus or Magician, (“Very Magus” would be a literal translation and such odd wording was typical for titles of his work). Xul Solar met Crowley and Leah Hirsig, no later than 1924, while exhibiting his art in Paris and it is believed this is the year he joined the A.’.A.’. – however (according to Erin Teeple) it is possible that the two met as early as 1915.* Yet, it wasn’t until 1924 that Xul first began his famous visionary project, San Signos; resulting in a book of meditations done under the guidance of English mystic Aleister Crowley. Xul reports that Crowley taught him a secret method for attaining mystic visions. These meditations led to a series of astral visions, one for each of the sixty-four hexagrams of the I Ching. On December 11th 1929, Crowley wrote to Xul Solar, “Your record as the best seer I have ever examined still stands today, and I would like to have this group of visions as a model”. The I Ching and Crowley’s teachings became an important motif in the painter’s later works and before his death at the age of 75 Xul would produce many mystical works including his own version of the Major Arcana. A mystic at heart Xul Solar would seek out mystically inclined individuals and is reported to have met Austin Osman Spare and Allan Bennett. After-which, it is said that he moved to Germany (around 1920) – explicitly for the purpose of meeting Rudolf Steiner whose teachings also inspired Xul’s artwork.*
“Today the largest collection of his work is housed at the Museo Xul Solar in Buenos Aries. The gallery being located just below Solar’s former apartment along with a collection of his letters and a library of around 3,500 books.
“An exhibit of his art “The Art of Friendship” was held at the Americas Society, 680 Park Avenue, at 68th Street in New York city in 2013, which featured a letter from Crowley to Xul Solar in which he suggests the artist scry the 64 hexagrams of the I Ching – resulting in Xul’s book “Los San Signos” which has not yet been translated into English but is available to the Spanish speaking world.”
See video – for more details https://www.youtube.com/watch?v=E-jcodIsOq0.