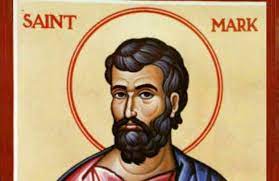 With his Plymouth Brethren upbringing, the Prophet of the Lovely Star was, in his own words, “deprived of all English literature but the Bible during the whole of his youth.” Crowley later bragged that even as a child he had developed the ability to find nearly any verse in the Bible quickly without the aid of a concordance and retained that ability as an adult. The Bible is the literary infrastructure of Crowley’s thought. In Liber 888 Crowley claimed “an intimate knowledge of the Bible so deeply rooted that it seems hardly unfair to say that it formed the whole foundation of my mind,” and declared further, “I am the truest of all Christians.”

Thus, some may find this presentation by Andrew Henry posted on the Religion For Breakfast YouTube channel on the creation of the synoptic Gospels collected in the New Testament provides some insight into Crowley’s background and some of the work he’d produce later in life.

Devotees of St. Cyprian might also enjoy some perspective on the deck he was dealing with.

Here’s some deets on Mr. Henry:

“Andrew launched Religion for Breakfast in 2014 during his studies at Boston University when he realized that religious studies content was completely lacking on YouTube. Religion for Breakfast aims to remedy this by publishing introductory videos such as a 15-minute introduction to Islam as well as pop-culture topics such as a video titled ‘How Has Japanese Religion Influenced Pokémon?’

“Andrew has partnered with academic, non-profit, and government organizations to further the mission of producing freely-available religious literacy content. In 2017, he produced introductory videos for online, graduate-level classes for the Religious Freedom Center. In 2019, he partnered with Sacred Writes, an initiative based at Northeastern University dedicated to public scholarship about religion, to produce three videos on topics such as racial segregation in US religious communities, the rise of humanist gatherings on Sundays, and an introduction to indigenous religion. As a member of the Applied Religious Studies Committee at the American Academy of Religion, Andrew has organized and lead workshops for scholars to learn how to better reach a broader public at the annual meeting of the American Academy of Religion.

“Andrew’s academic background spans ancient history, archaeology, and religious studies. He specializes in the religions of the ancient Mediterranean world, focusing specifically on early Christianity in late antique Asia Minor and the Levant.

“He worked at the University of Pennsylvania Museum of Archaeology in Philadelphia before moving to Boston. He has excavated in Athens with the American School of Classical Studies, and he is a former Educational and Cultural Affairs research fellow at the Albright Institute of Archaeological Research in Jerusalem.”