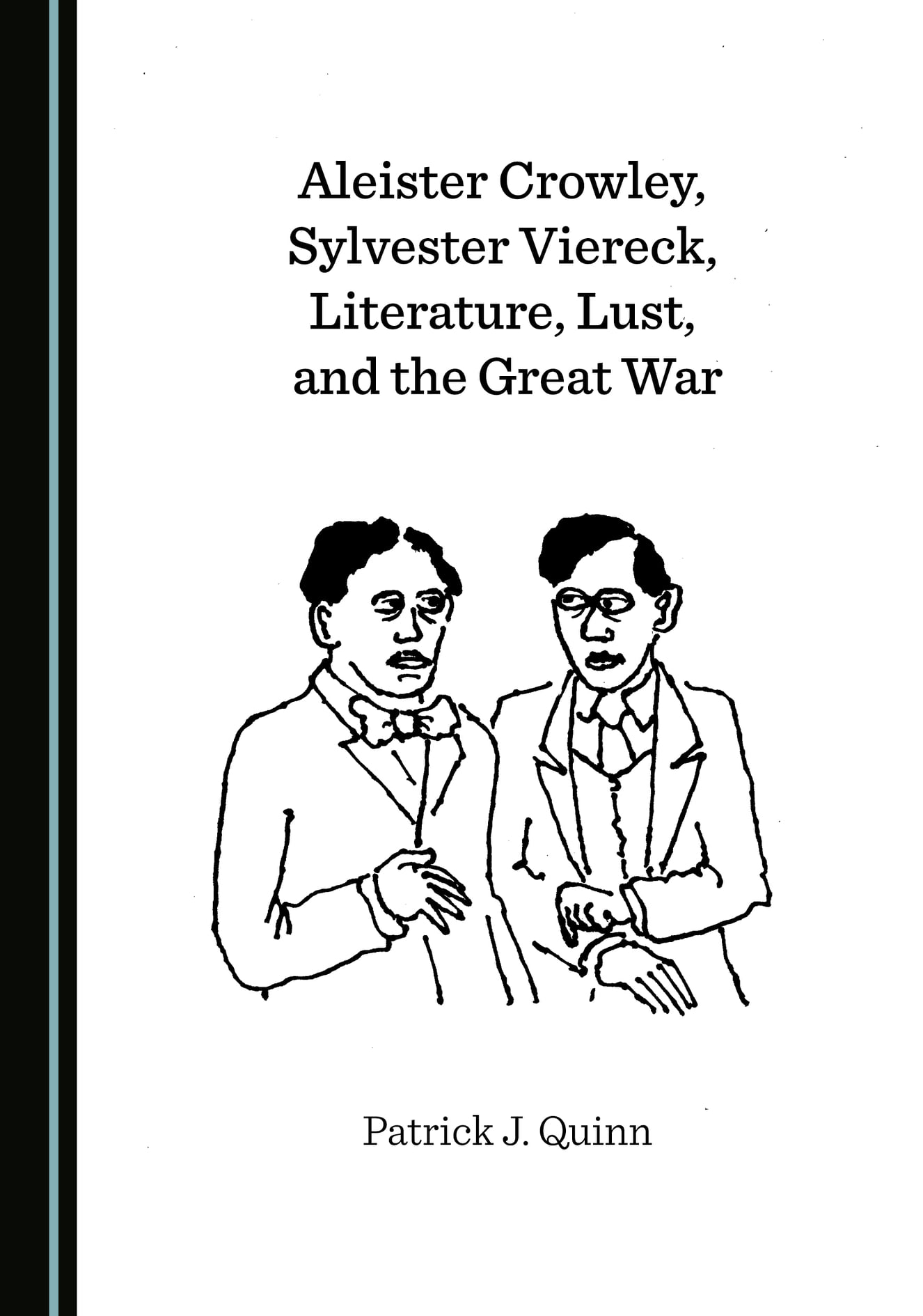 Patrick J. Quinn’s literary history, Aleister Crowley, Sylvester Viereck, Literature, Lust, and the Great War is being published by Cambridge Scholars October 20.” A 30-page preview is available at the link that appears below. The publisher’s description says:

“This book explores the lives of two writers, one born in Germany (Viereck) and one born in England (Crowley), who were both influenced by decadent French writers such as Baudelaire and Mirbeau and English poets such as Swinburne and Wilde. They both wrote decadent poetry early in their careers before becoming known in literary circles as two of the most wicked writers in America (Viereck) and the world (Crowley). By their twenties, their reputations as rebels against the restrictive and stifled cultures they inhabited were firmly established. Both men enjoyed breaking with the status quo by writing poetry, short stories, and plays with exotic scenes that celebrated the beauty of the female body. Both writers were captivated by the femme fatale and her deleterious effect on her male victims, robbing them of their opportunity for transcendence into a spiritual realm. Their work, especially their love poetry, their science fiction works dealing with vampires, and articles and essays concerning the onset of the Great War are still very readable today.

“What is also intriguing is that, in 1915, both men were working together in New York, where Viereck was the editor of two pro-German magazines, The Fatherland and The International. Searching for an editorial position at that time, Crowley learned about an opening and was hired by Viereck. There is speculation that Crowley’s “discovery” of the job opening for these pro-German magazines was a clever plan on the part of the British secret service to place one of their agents inside the German spy network in America, of which Viereck was a key player. Propaganda, intrigue, cover-ups, and the American declaration of war on Germany all make this alliance between the two very decadent poets, and perhaps spies or even double agents, worth knowing more about.”