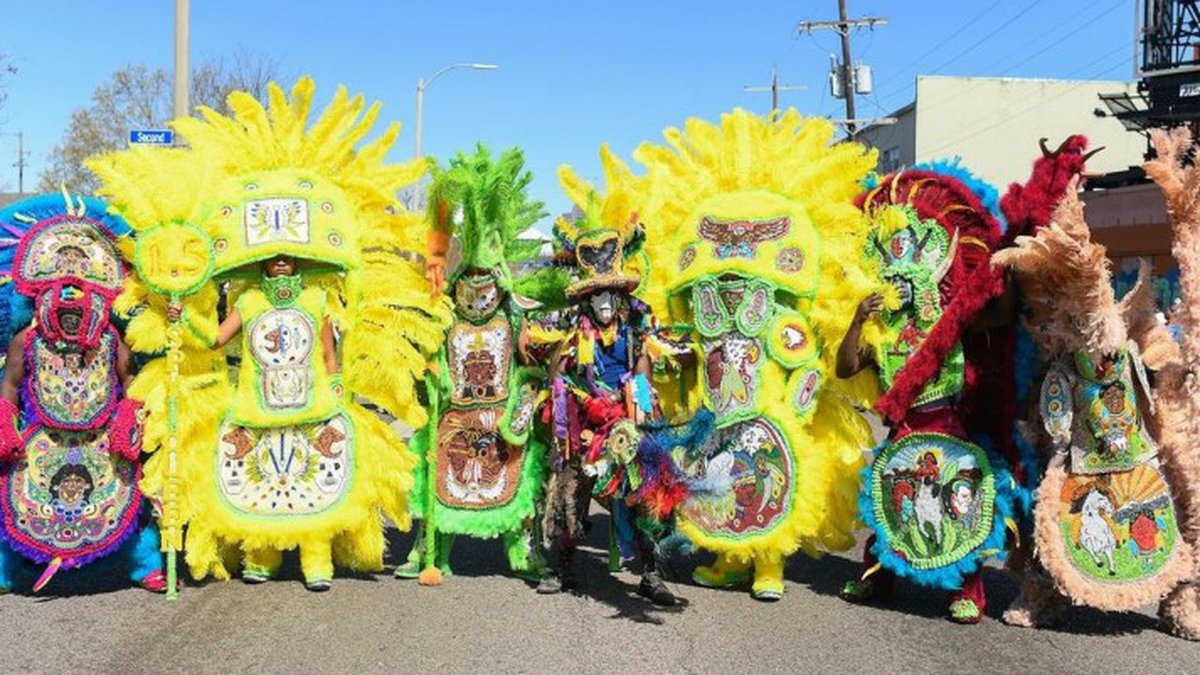 To an outsider, some of the behaviors observed in Afro Americans who “Mask Indian” appears to be working with archetypes, absorbing and acting them out perhaps approaching possession by ancestors or the spirits those ancestors worshipped. I dunno, you’d have to ask a Black Mardi Gras Indian – and be able to understand their answers which seem to belie gnostic experience that is beyond human language to convey adequately. Here’s footage filmed in 1982 by famed field recordist/musicologist Alan Lomax at Darrell’s Lounge in the Treme Faubourg in New Orleans of a mock stand-off between “Spyboys,” a ceremonial role in Mardi Gras Indian tribes. This would be during an Indian Practice.” 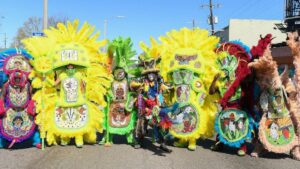