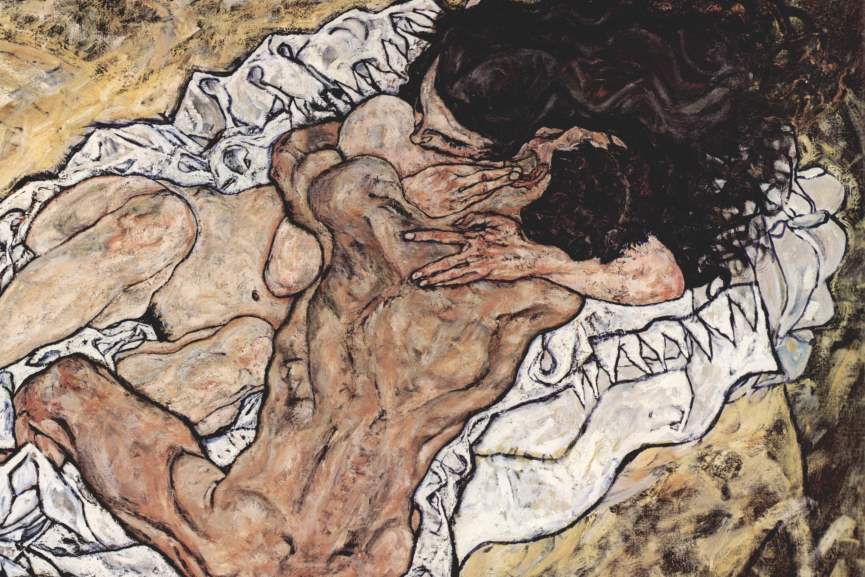 “Man has the right to mould as he will.

Man has the right to paint as he will.

Man has the right to carve as he will.”

So it’s likely that observant Thelemites may concerned that the Austrian tourism board is running into obstacles in trying to advertise their centennial celebration of the work of Ego Schiele, a protege of Gustav Klimt whose work Austin Osman Spare’s is often compared. The New York Times notes:

“A series of advertisements showing Schiele’s graphically contorted bodies (with explicitly rendered private parts) didn’t make it past the critical eyes of those selling advertising space in Britain and Germany — nor the anti-nudity restrictions on Facebook. The artworks had to be covered up.”