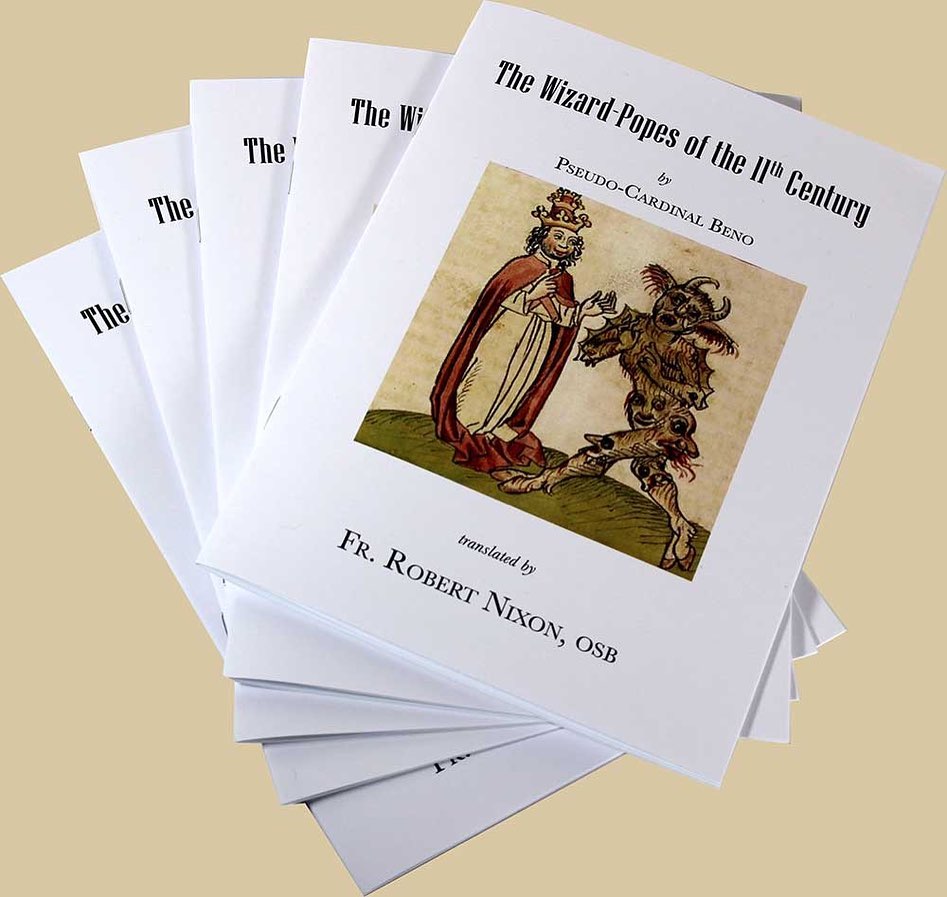 The UK’s Hadean Press have announced the release of the latest installment in their Guide To The Underworld Series, The Wizard Popes of the 11th Century, translated by Robert Nixon. The publisher’s site says:
“Today we announce the publication of a new Guide to the Underworld: The Wizard Popes of the 11th Century which offers for the first time an English translation of the remarkable passage from the writings of pseudo-Cardinal Beno in which he deals with the alleged involvement of a whole series of Roman pontiffs in the occult arts. It is not generally known, even to students of history, that Cardinal Beno directed his accusations of sorcery not only at Sylvester II, but also at Benedict IX, Gregory VI and Gregory VII. While Benedict IX is almost universally regarded as one of the most corrupt and depraved popes ever, Gregory VII, whom Beno portrays as the apex (or nadir) of this strange circle of necromant-pontiffs, is today venerated and revered as a canonized saint in the Catholic Church. Through his translation, Fr. Robert Nixon offers a fascinating insight and illuminating perspective into both the history and legend of those dark and distant times.”
Order a copy: https://www.hadeanpress.com/news. 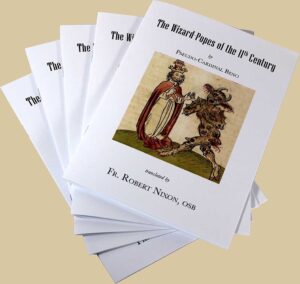