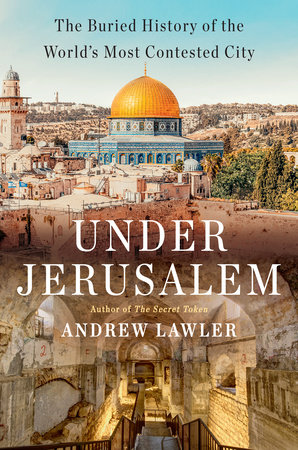 The letters O.T.O. stand for Ordo Templi Orientis, the Order of Oriental Templars, or Order of the Temple of the East. O.T.O. This is a reference to the mediaeval Knights Templar, a order of Roman Catholic warrior monks organized to protect Christian pilgrims sojourning through the Middle Eastern “Holy Lands,” then ruled by the Fatimid Caliphate; they eventually came to take part in active military campaigning against the Muslim civil authorities and armed forces that occupied the area.

Their headquarters in the Holy Lands was in the Temple Mount in Jerusalem and centuries after the Templars’ suppression by France’s Phillip IV and the Pope Clement V, myths arose that the Templars had found some mysterious, secreted materials there that they’d use to their political and economic advantage – perhaps proof the Yeheshua, the Nazarene teacher, was fully human and had fathered a child with Mary of Magdala. No doubt you’ve seen the movies. So fair to say, the topic of rooting around holy sites in Jerusalem is part of O.T.O.’s conceptual lineage.

Andrew Lawler’s Under Jerusalem, published late last year, takes a look at the history of folks rooting around Jerusalem, usually with particular agendas in mind other than pure science and trying to help generate fact-based history. It starts in the 19th century, though the first notable instance of such excavation was done under the auspices of Helena, mother of the emperor Constantine who reportedly dug up fragments of the cross the Nazarene was tortured to death on. The publisher’s description says:

“In 1863, a French senator arrived in Jerusalem hoping to unearth relics dating to biblical times. Digging deep underground, he discovered an ancient grave that, he claimed, belonged to an Old Testament queen. News of his find ricocheted around the world, evoking awe and envy alike, and inspiring others to explore Jerusalem’s storied past.

“In the century and a half since the Frenchman broke ground, Jerusalem has drawn a global cast of fortune seekers and missionaries, archaeologists and zealots, all of them eager to extract the biblical past from beneath the city’s streets and shrines. Their efforts have had profound effects, not only on our understanding of Jerusalem’s history, but on its hotly disputed present.  The quest to retrieve ancient Jewish heritage has sparked bloody riots and thwarted international peace agreements.  It has served as a cudgel, a way to stake a claim to the most contested city on the planet.  Today, the earth below Jerusalem remains a battleground in the struggle to control the city above.

“Under Jerusalem takes readers into the tombs, tunnels, and trenches of the Holy City. It brings to life the indelible characters who have investigated this subterranean landscape. With clarity and verve, acclaimed journalist Andrew Lawler reveals how their pursuit has not only defined the conflict over modern Jerusalem, but could provide a map for two peoples and three faiths to peacefully coexist. ”

Pick up a copy: 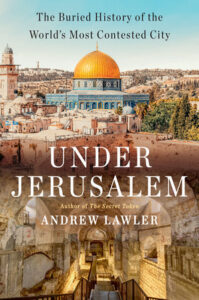