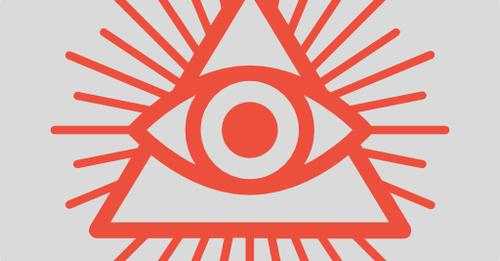 Do what thou wilt shall be the whole of the Law.
We’re pleased to announce that the full schedule of ThelemaCon 2022 has been posted, the hotel venue is confirmed, and registration is now OPEN! Both in-person and online attendance options are available. You can find all the relevant information on our website via the link below. For any questions, please email info@thelemacon.org. We look forward to seeing you there!
ThelemaCon 2022 will be held October 14-16, 2022, in Raleigh, North Carolina, at the Doubletree Raleigh/Durham Airport at Research Triangle Park, 4810 Page Creek Lane, Durham, NC 27703.
We have assembled a stellar team of speakers for this conference, including Dr. David Shoemaker, Lon Milo DuQuette, Dr. Richard Kaczynski, Andrew Ferrell, Dr. Lauren Gardner, and Harper Feist.
ThelemaCon is a privately organized event, and is not formally connected with any specific Thelemic organization. Accordingly, the conference is open to the public, regardless of any organizational affiliation (or lack thereof.) Our first conference took place in the fall of 2019, and was met with a very enthusiastic response. This was followed by an online-only conference in 2020, with virtual attendees from all around the globe.
Our focus is on Thelemic principles, lived daily. As such, our workshops and lectures are focused on applied subjects near and dear to a practicing magician’s heart – personal practice, breathing, meditation, temple skills. Further, this meeting presents an opportunity for fellowship with others following this path. Our aim is always to present an inspirational, friendly and useful curriculum.
Love is the law, love under will.
thelemacon.org
Speaker List:

Dr. David Shoemaker is a clinical psychologist in private practice, specializing in Jungian and cognitive-behavioral psychotherapy. David is the Chancellor and Prolocutor of the Temple of the Silver Star. He is a senior initiate of Ordo Templi Orientis and A∴A∴, and has more than twenty-five years of experience training and supervising initiates in these organizations.

David was the compiler of the TOTSS publication, Jane Wolfe: The Cefalu Diaries 1920-1923, and a co-editor of the collections of the writings of Phyllis Seckler (Soror Meral), The Thoth Tarot, Astrology, & Other Selected Writings, The Kabbalah, Magick, and Thelema. Selected Writings Volume II, and Collected Poems 1946-1996.   He was also the co-editor of the collection of correspondence published as Karl Germer: Selected Letters 1928-1962. His popular book Living Thelema:  A Practical Guide to Attainment in Aleister Crowley’s System of Magick, followed on the success of the podcast of the same name.  David’s latest book, co-edited with Lon Milo DuQuette, is Llewellyn’s Complete Book of Ceremonial Magick.

In addition to his work in magick and psychology, David is a composer and musician.

Lon Milo DuQuette is the author of 17 books that have been translated into 12 languages. He is also an award-winning singer-songwriter and recording artist whose musical career has spanned over 50 years. Lon is also an internationally recognized authority on tarot, Qabalah, and ceremonial magick and has written extensively about the life and work of Aleister Crowley. He is currently the US Deputy Grand Master of Ordo Templi Orientis, and his most recent publication is Son of Chicken Qabalah: Rabbi Lamed Ben Clifford’s (Mostly Painless) Practical Qabalah Course.

Dr. Richard Kaczynski is the author of Perdurabo: The Life of Aleister Crowley (2010), which the Times Literary Supplement deemed “the major biography to date” of the Beast. He has also written Panic in Detroit: The Magician and the Motor City (2019), Forgotten Templars: The Untold Origins of Ordo Templi Orientis (2012), The Weiser Concise Guide to Aleister Crowley (2009), and the novel The Billionth Monkey (2015), among others. His writing has also appeared in anthologies such as Trans-States: The Art of Crossing Over (2019), The Art and Science of Initiation (2019), Success Is Your Proof (2016), Tarot in Culture (2014), Aleister Crowley and Western Esotericism (2012), and Mathematics in Popular Culture (2012). Most recently, Richard has edited, annotated, and introduced the first modern edition of Aleister Crowley’s Sword of Song (2020).

Since 1990, he has lectured internationally on these and other topics and has been featured in the documentaries Secrets of the Occult (2006) and Aleister Crowley: The Beast 666 (2007). He has been a member of Ordo Templi Orientis since 1987, currently serves U.S. Grand Lodge as a Bishop and Sovereign Grand Inspector General, and is Secretary of Academia Ordo Templi Orientis. By day, Richard is a social psychologist, biostatistician and research scientist whose 1993 doctoral dissertation examined metaphysical beliefs and experiences among occult practitioners.

Dr. Lauren Gardner works as a counselor, educator and psychotherapist in private practice in Chapel Hill, NC. Her esoteric background encompasses over a decade of study, practice, and teaching within the Golden Dawn and A∴A ∴ systems.

Professionally, she has been published in academic, peer-reviewed journals, including Journal of Humanistic Counseling. Her esoteric writing includes contributions to Commentaries on the Golden Dawn Flying Rolls, as well as numerous essays and other writings available in print and online. Most recently, she co-edited Phyllis Seckler: Collected Poems 1946-1996.

Lauren has presented workshops at Babalon Rising, NOTOCON, and the O.T.O. Women’s Symposium, where her presentation on the feminine archetype in historic and modern formative literature changed the perspectives of attendees, resulting in experiences unexpected and much appreciated. She has also presented professionally on Pagan advocacy at conferences at both regional and national levels.

Her doctoral dissertation is a phenomenological study of the experiences of Pagans in psychotherapy. She enjoys fun conversations by the pool, dark spiced rum and ginger beer, and decent human beings with interesting experiences worth comparing notes.

Lauren recharges by spending solitary time in the wilderness. She lives in Raleigh, NC, and has been known to write under the name “Soror Madimi.”

Harper Feist is the sobriquet of a Ph.D. chemist who has been interested in the intersection of magick and science for most of her life. She’s currently interested in the role of the scryer in ceremonial magick and has taken part in many workings involving both chthonic and celestial spirits.

On the Thelemic side, she’s proud to be a member of the Ordo Templi Orientis and an A∴A∴ student.  In her mundane life, Harper is a mother, a cat herder and a martial artist specializing in Ko-ryū Japanese weapons training.

By day, Andrew Ferrell is a globe trotting IT professional in the semiconductor industry. By night he is an AI hobbyist teaching machines things unspeakable.

Andrew has had an interest in the esoteric ever since he began sleeping with his prized magic wand at age six. He has been an active ceremonial practitioner for nearly thirty years and enjoys teaching, mentoring, and making his students cringe from his awful puns.

Andrew is currently Vice-Chancellor and Grand Praemonstrator of the Temple of the Silver Star. As Librarian and Archivist for that Order, he is dedicated to preserving and publishing the teachings and printed legacy of Karl Germer, Jane Wolfe, and Phyllis Seckler. He co-edited Karl Germer: Selected Letters 1928-1962, and was a compiler of the source material for Volumes 1 and 2 of Phyllis Seckler’s Selected Writings. He is also a member of O.T.O. and an aspirant to A∴A∴.

He currently resides in Sacramento with his beloved husband and three dogs, “The Secret Chiefs.”