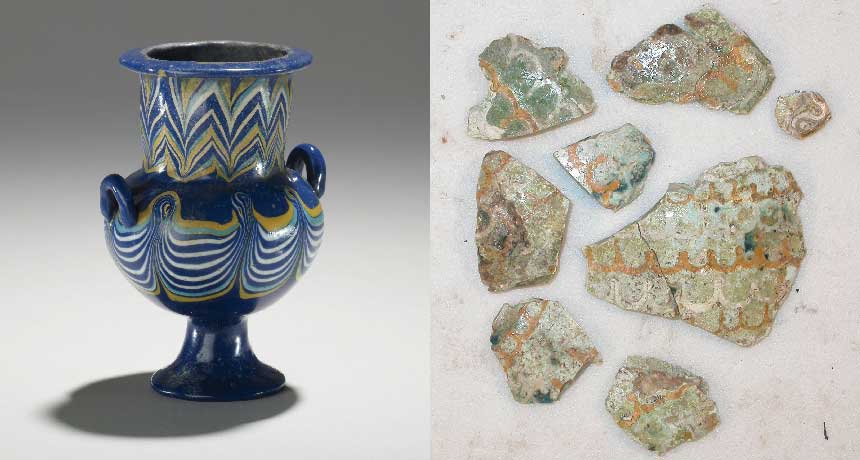 Some scholars have suggested that glassmaking originated in Mesopotamia some 3,600 years ago, but conservation scientist Katherine Eremin of Harvard Art Museums and archaeologist Andrew Shortland of Cranfield University think that glassmaking may have been invented in Egypt. Science News reports that glass beads and fragments of vessels and pendants recovered almost 100 years ago at the site of Nuzi, located in what is now Iraq, were thought to be the oldest glass artifacts. The new analysis suggests that some of those objects are only a few hundred years old, and the oldest items date to just 3,400 years ago. The researchers say that Egyptian glass is of roughly the same age, and was crafted in multiple colors, such as red, yellow, green, and opaque and translucent blue, in complicated patterns. Eremin says that by comparison, the Mesopotamian glass was not made as skillfully, and the objects may have been copies of Egyptian styles. Further study of glass from Egypt and the Near East is needed, she said.

For more information at https://www.sciencenews.org/article/glassmaking-may-have-begun-egypt-not-mesopotamia