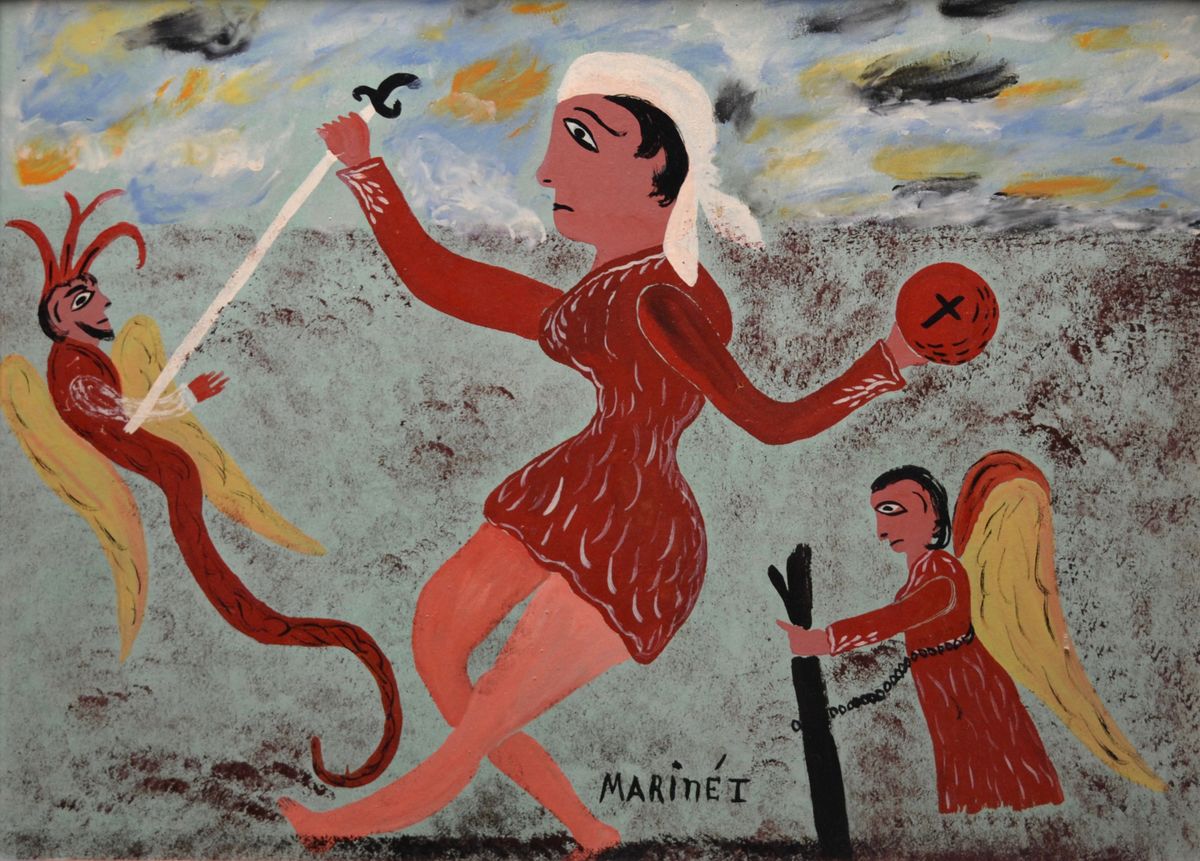 The Haitian Surrealists That History Forgot

This month, an exhibition dedicated to Haitian artists working between the 1940s and 1960s, “Art + Revolution in Haiti,” will be on view at various locations in London. The Gallery of Everything—an idiosyncratic dealer mounting concurrent presentations at Frieze Masters, the 1-54 Contemporary African Art Fair, and its permanent gallery space in Marylebone—attempts a fresh look at Haitian painting, which has, until recently, been patronizingly dismissed in mainstream art-world discourse as “primitive” or “naïve.” James Brett, the gallery’s founder, is on a one-man mission to salvage the reputation of Haitian artists, including Philomé Obin, Wilson Bigaud, and—possibly the most important of all — Hector Hyppolite, a Vodou mystic widely regarded as the father of modern Haitian art. Haiti has absorbed influences from outside while keeping alive the cultural memory of its origins as a slave colony. Haitian novels, music, and poetry rank among the best in the modern canon. Yet nowhere is Haiti’s legacy of defiant multiculturalism more apparent than in its art of the mid-20th century……. Hector Hyppolite, Marinéte pie chè che (MARinÉ I), c. 1944–46. Courtesy of The Gallery of Everything.

This was a major draw to André Breton, who visited Haiti in 1945 and immediately acknowledged its art’s parallels with Surrealism. To Breton, these painters—Hyppolite in particular—went far further than his fellow European artists in attempting to throw off bourgeois truisms in order to identify the truth of existence. Vodou spirituality, as Breton saw it, served much the same purpose to the Haitian artists he admired as psychoanalysis did for the likes of Man Ray or Salvador Dalí. You only need look at a 1947 painting by Minium Cayemitte to understand where he was coming from: It depicts a Catholic preacher dropping his Bible while a jeering crowd of distorted, fantastical figures appear to heckle him out of the picture. It is an extraordinary image, worthy of Surrealist touchstone James Ensor at his most unhinged.