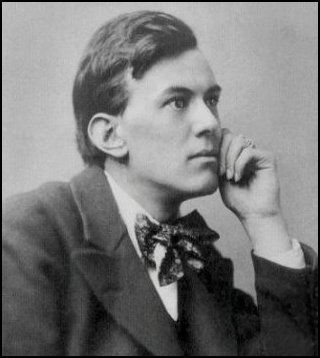 Blazing Star Oasis, O.T.O. will be hosting an online talk presented by Dr. Richard Kaczynski on Sunday, June 6, 2021 at 9 PM EDT – 10:30 PM EDT
Here’s the FB Event post:
Do what thou wilt shall be the whole of the Law.
The Hermetic Order of the Golden Dawn introduced Aleister Crowley to Hermetic magic in 1898, and its teachings framed his subsequent ritual workings for a decade. However, by 1909, Crowley began leaning toward intense, ecstatic workings characterized by serial astral visions reported by one participant while the other acted as scribe. Some of Crowley’s most dramatic and compelling experiences over the following decade owed themselves to this approach. Yet it was the sex magick techniques of the Ordo Templi Orientis, to which he was exposed in 1912, which ultimately became Crowley’s favored modus operandi for the remainder of his life.
In documenting the evolution of Crowley’s magical methodology, the author analyzes both Crowley’s published works, and his unpublished diaries, presenting information in both narrative and graphical form.
Dr. Richard Kaczynski has been a member of O.T.O. since 1987. He travels, teaches and lectures widely, and has served O.T.O. as the past master of Blue Equinox Oasis, past Most Wise Sovereign of Infinite Stars Chapter, E.G.C. Bishop, Sovereign Grand Inspector General, and Secretary of Academia Ordo Templi Orientis.
He is the author of The Billionth Monkey (2015), Forgotten Templars: The Untold Origins of Ordo Templi Orientis (2012), Perdurabo: The Life of Aleister Crowley (2010, 2002), and many others (find a complete list at Richard’s website). He appeared in the television documentaries Secrets of the Occult (2006) and Aleister Crowley: The Beast 666 (2007). His current projects include an anthology of early writings by J. F. C. Fuller and Victor Neuburg, and a history of esoteric societies in the 19th and early 20th centuries (with a focus on sacred sexuality). By day, Richard is a social psychologist, statistician, and research scientist whose 1993 doctoral dissertation examined metaphysical beliefs and experiences among occult practitioners.
In order to access this Zoom meeting you will need to have a Zoom account and sign in through that account.
Click here to register for the event: https://us02web.zoom.us/…/tZYrc-6ppzsvH9fIs1cc…
Latecomers may not be admitted.
$10 donation requested, but not required. Anything you can donate will be appreciated.
You can make your donation via PayPal to: treasurer@blazingstar-oto.org
Not a member of OTO, but would like to contribute to and support Blazing Star Oasis? Subscribe and become an Ally of Blazing Star Oasis. Allies receive special updates from BSO plus exclusive access to Members-only content and perks.
Subscribe here:
http://blazingstar-oto.org/support/
Questions? Email: blazingstar.secretary@oto-usa.org