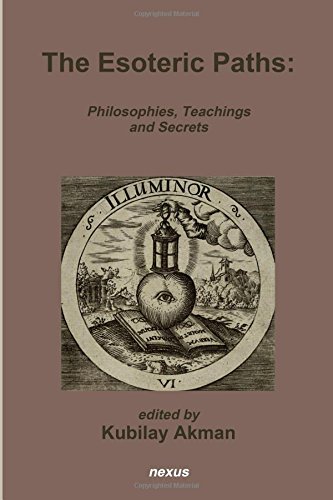 Nexus Publishing House recently released The Esoteric Paths: Philosophies, Teachings and Secrets which includes a chapter by Dr. David Shoemaker on Aleister Crowley. This book was edited by Dr. Kubilay Akman of Bingol University in Turkey,

The publisher says: “As Nexus Publishing House we are aware the importance of esoteric traditions and heritage for humanity. This book is a part of a planned series particularly focusing on esoteric studies, in a wide range from Western Esotericism to Eastern / Oriental Esoteric traditions. We hope that “The Esoteric Paths: Philosophies, Teachings and Secrets” will be a substantial source for professionals, scholars, students studying on esotericism / religious studies or philosophy and readers who are interested in these topics. Initiates of these traditions will find it also helpful to understand history and teachings of their orders.”

On his FB feed Shoemaker stated: ” As an introductory essay on Crowley and Thelema, the chapter will not likely be of much interest to those already familiar with the field. Nevertheless, I am excited that this chapter seems to be one of the first (if not *the* first) expositions of Crowley’s work in an academic setting in the Middle/Near East.”

You can order a copy here: