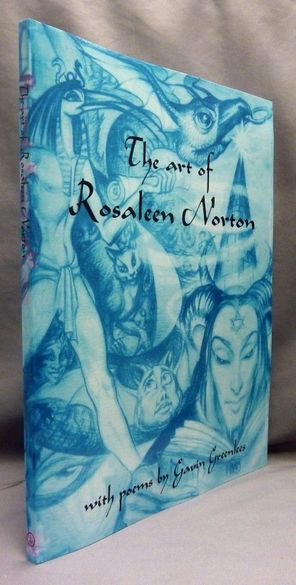 Teitan Press has announced the publication of the first U.S. softcover edition of The Art of Rosaleen Norton. Norton was an Australian artist and self-proclaimed witch who attained to consider notoriety in her home country. The publisher’s announcement says:

The first US edition of this magnificent book of occult-inspired artist Rosaleen Norton’s drawings, with poems by Norton and her lover Gavin Greenlees. An accomplished artist and natural rebel, Norton’s bohemian lifestyle, unconventional beliefs, and her challenging and often sexually-charged artwork attracted the condemnation of moral conservatives. The original edition of “The Art of Rosaleen Norton” was published in Sydney, Australia, in 1952 and immediately sparked a furor on account of its occult and erotic imagery, and its iconoclastic jabs at the status quo and the authorities who defended it. The 1952 edition had a restricted circulation in Australia, and was effectively suppressed, with it being made illegal to send through the mail, and a court ruling that some of the plates had to be ‘blacked out’ before copies could be sold. It was soon banned from importation into the USA on the grounds of obscenity. “The Art of Rosaleen Norton” was reprinted in Sydney in 1982, but with a number of changes and omissions. In 2013 the Teitan Press published the first US edition of the work, as a hardcover limited edition (now out-of-print). This was the first ever publication of a complete facsimile of the original 1952 edition. The facsimile was prefaced by a new 40 page historical Introduction by Keith Richmond who has previously edited several books of Norton’s writings, wrote the text of the “Occult Visions of Rosaleen Norton” exhibition catalogue, and – more recently – assisted with the film “The Witch of King’s Cross.” This 2022 softcover is a slightly reduced format, corrected reprint of the 2013 Teitan edition. It contains all the material included in that edition, plus an additional “Preface to the Softcover Edition” and four colour plates reproducing early works by Norton which she redrew in black and white for her book. 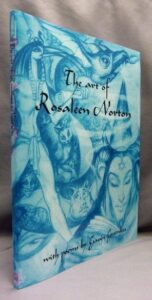