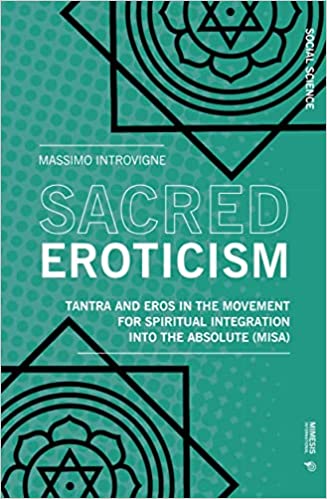 Pre-0rders have now opened for Sacred Eroticism: Tantra and Sexuality in the Movement for Spiritual Integration into the Absolute (MISA), a monograph by Massimo Introvigne which becomes available August 1, 2022. The posted decription says

“Sacred eroticism has been an important if neglected feature of Western esotericism from the early modern era down to the present day. Founded in Romania, the Movement for Spiritual Integration into the Absolute (MISA) turned sacred esotericism into the central feature of a mass movement, gathering some 30,000 students worldwide. Based on extensive fieldwork and interviews, the book explores the history of MISA from its origins to the COVID-19 pandemic, presenting in detail its ideas about Tantra and eroticism. It also discusses MISA’s approach to visual arts and cinema, including some of its members’ early incursions into the slippery world of adult movies. The study concludes with a look at hostile reactions to MISA, which have led to the issuing of arrest warrants against its founder amid a series of criminal accusations, which the movement rejects as fabricated by opponents.” 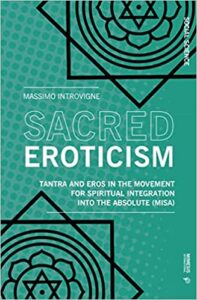