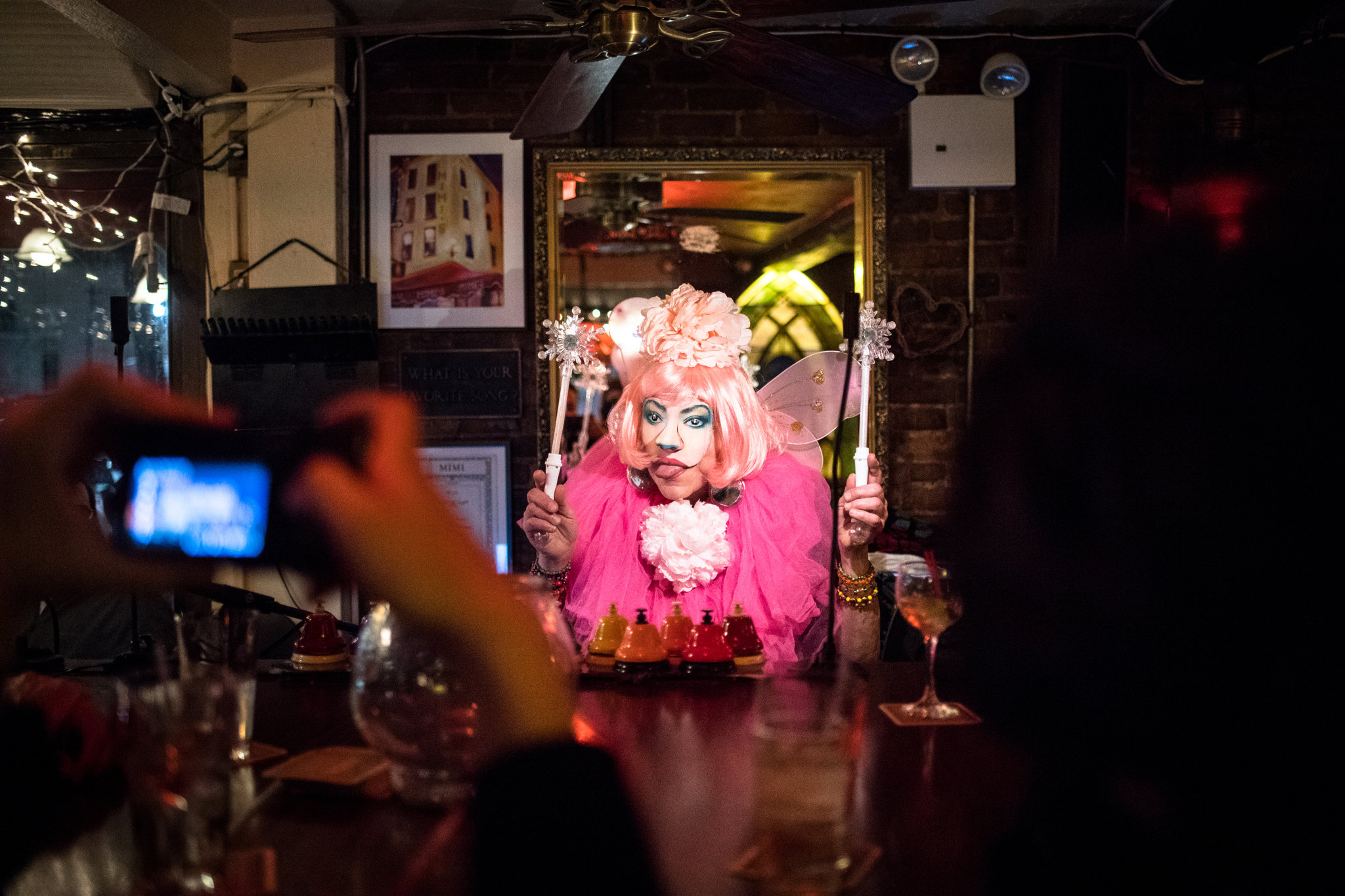 The “Metropolitan” section of the April 2 edition of the New York times ran a feature on it’s cover headlined “Stranger Things: Chicken Delicious is a campy 74-year-old fixture at a piano bar in Manhattan. How he got there is even odder.” This was enough to picque my interest as my best friends in high school were Gay and these are the sorts of places we’d frequent together. And the story starts out entertainingly enough as the author recounts the ribald eccentricity of Mr. Delicious’ acts. Then suddenly the narrative veers sideways, discussing his involvement in the 70’s occult scene in Manhattan, the same scene recounted in Simon’s Dead Names and James Wasserman’s In The Center Of The Fire. This is the period during which OTO emerged from its period of dormancy that followed the closing of Agape Lodge some twenty years before. In part, the article notes:

“Then in 1969, Mr. Stowers met a mystic named Joseph Lukach and everything changed. This is a period his fans at Mimi’s know little about. The man who would become Chicken Delicious would bear witness to a chapter of occult history.

“Mr. Lukach was a short and rotund figure who wore thick-framed glasses and practiced a blend of Afro-Caribbean religions like Yoruba, Santería and Voodoo. Mr. Lukach, who died in 1995, never became as famous as the English occultist Aleister Crowley, but in the spheres of Afro-Caribbean witchcraft, he was considered a powerful witch and healer and counted Ms. Ono among his acolytes. “Witches U.S.A.,” a popular book in the early 1970s that chronicled America’s occult scene at the time, devoted a full chapter to him.

“’Despite being 5-feet-2 and weighing 200 to 250 pounds, depending upon the current state of his casual attitude toward dieting,’ a passage reads, ‘Joe is as light as a perfectly turned-out dumpling.’ It also said his most prized possession was a ‘4,000-year-old green Egyptian scarab set in heavy gold’ that he wore on the little finger of his left hand…

It was an exciting time to be a witch in New York. Conjurers of all kinds would hang out near Astor Place at Weiser Antiquarian, the oldest occult bookstore in America, and they shopped for ingredients for spells at Alberto Rendon’s botanica on 116th Street. On the side, Mr. Stowers became a fixture on the piano bar circuit playing at gay bars like the Painted Pony.

“’Everyone knew everyone, Mr. Stowers [aka Chicken Delicious] said. ‘Not like now. There’s nothing unique about witchcraft in New York today. Everyone who wants to be a witch can say they’re a witch. You used to have to really know what you were doing in that world to be respected by others.’”