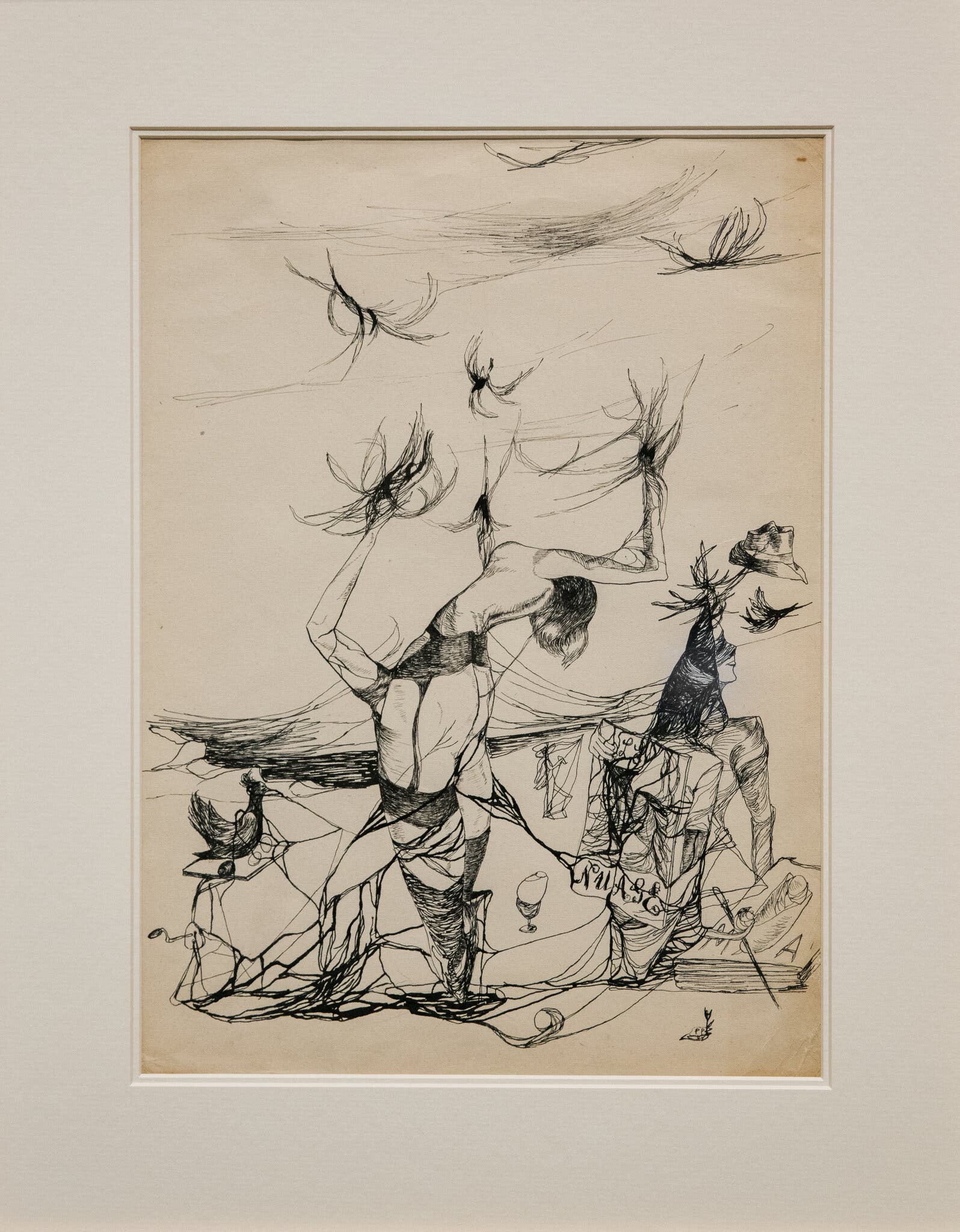 New York’s Metropolitan Museum of Art is currently hosting an exhibit titled “Surrealism Beyond Borders.” It looks at Surrealist artists from around the world and over a time span of some 70 years rather than focusing on the French artists that developed the movement and remain its best known proponents. And why should occultists care?

The intersections between art and magick were probably never more pronounced than in the succession of art movements that began with the Symbolists of Belle Epoque Paris eventually giving rise to Surrealism, a more systemized application of Dada-ist aesthetic principles. In the late 19th century, Josephine Peladan’s Rosicrucian Order sought to inspire transcendental consciousness via properly conceived and contrived works of art. By the mid-1950’s New York City was teeming with ex-patriots that EGC Bishop Harry Smith claimed all worked in magick and that it was “big business.”

At least some of this work forthrightly implores occultist technology, “automatism,” forms of which were employed by members of the Golden Dawn, like W.B. Yeats, and perhaps some of the Prophet of the Lovely Star’s scripture could be described as such. As per visual art created via this technique:

“Another classic Surrealist technique: automatism, or unchoreographed doodling, through which artists believed they could escape the fetters of conscious composition to reveal a truth beyond rationality. Along with works by Miró and Masson, this show features automatic artworks from Hungary, Peru, Japan, New Zealand — and this drawing from wartime Bucharest, where the artist Paul Paun joined a local Surrealist circle that had to exhibit in secret. (Paun and several other Romanian Surrealists were Jewish; they published in French.) In his 1943 ink drawing ‘The Cloud,’ a bowed human figure seems to sprout dendrites from his arms, amid rhizomatic tangles that feel as confining as rope netting.”

I will note that a significant number of Cameron’s drawings bear a striking resemblance to Paun’s work. 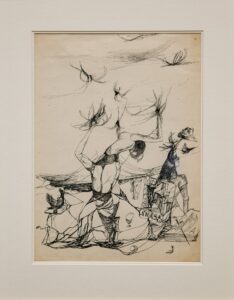