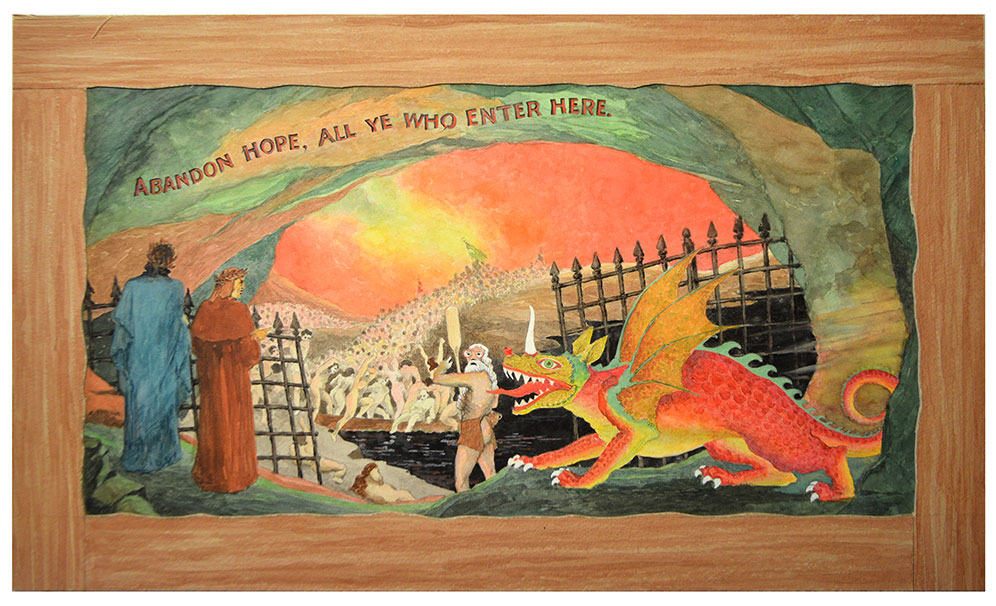 The Stephen Romano Gallery is pleased to announce that after being absent from the Outsider Art Fair for several years, he will return to exhibit the works of Charles A.A. Dellschau (1830 – 1923), whom he has since produced a major book on (in association with Marquand books and DAP) with the final essay published by the late THOMAS MCEVILLEY, William A. Blayney, Darcilio Lima, William Mortensen, Erna Kd, Cendrine Ravoni, Vincent Castiglia, Orryelle Defenestrate, Kim Bo Yung, Damian Michaels, Lori Field, Anonymous esoteric folk and vintage photography. William A. Blayney “Spiritual and Literal Wonder Woman” 1969 – 71 oil on board recently re-discovered set of 7 astonishing watercolor by an unknown American artist Circa1950’s which are incredibly detailed and  magnificently colored interpretations of Dante’s “The Inferno”.