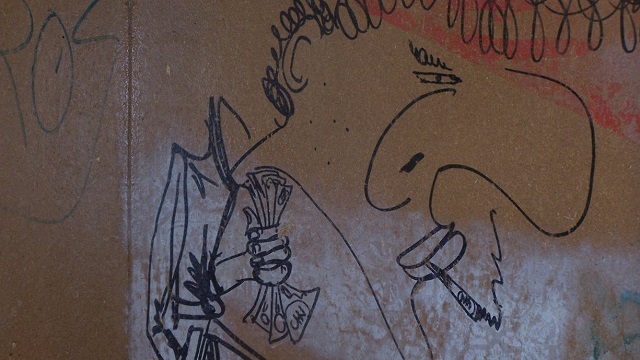 According to The Guardian, Historic England “has announced Grade II* listing status for two 17th-century townhouses in Denmark Street, London, one of which was a base for the Sex Pistols in the mid-1970s.” The outbuilding of 6 Denmark Street features “unflattering caricatures and graffiti” by Johnny Rotten, which are protected by the listing status.

“The listing is announced in the 40th anniversary year of punk with a number of events and exhibitions organised under the umbrella of Punk London. The celebrations have horrified the son of McLaren, Joe Corrée, who last week vowed to burn his collection of punk memorabilia, worth an estimated £5m, on 26 November to coincide with the 40th anniversary of the release of Anarchy in the UK.”