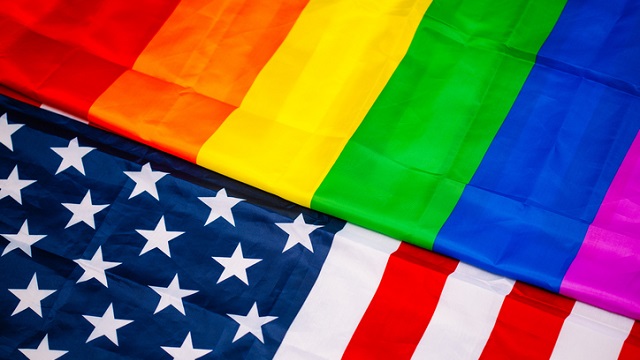 Liber Oz tells us:
Man has the right to love as he will:—
“take your fill and will of love as ye will,
when, where, and with whom ye will.”

Currently, 12 states require discussion of sexual orientation in sex education, according to a Guttmacher Institute review of sex ed in America, while the rest leave the matter up to individual districts. Of the 12 with a requirement, three require the schools only disseminate negative information about sexual orientation. The remaining nine states mandate that any sexual-health classes taught in public schools be inclusive, providing science-based information that addresses sexual orientation; four of those states require public-school teachers to cover gender identity.

When LGBTQ kids don’t get equal treatment, the results can be devastating.

Not supplying that treatment can have long-term effects on kids, said the Human Rights Campaign’s Kahn. Cis-gender, heterosexual students who don’t hear about LGBTQ peers in their classroom are sent the subtle message that there’s something “bad” or “wrong” with their peers, and it increases the chance the latter will be bullied.

In turn, the stress on LGBTQ students manifests itself in increased risk for depression, substance use, and sexual behaviors that place them at risk for HIV and other sexually transmitted diseases. Self-identified gay/lesbian and bisexual teens have been found to have experienced early heterosexual sex, to not use contraception and to be victims of sexual violence more than their heterosexual peers. In line with those estimates, the CDC reports LGBTQ students who are sexually active are significantly more likely than other students to report becoming pregnant or getting someone pregnant.

The Power of Inclusive Sex Education.