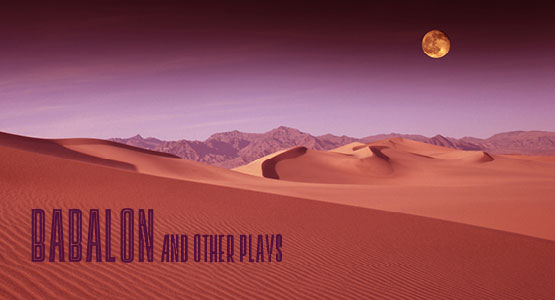 Scarlet Imprint’s latest title is Babalon and Other Plays by Paul A. Green in a Bibliotheque Rouge paperback-only release.

This title is printed and will ship from Tuesday 1st September.

“Babalon and Other Plays comprises ten works, written and performed over a 33 year period, from 1972 to 2005. The plays of Paul Green provide a crawling map of the modern occult, written by an insider who charts the most febrile period it has undergone. From the death rattle of Crowley, who also stalks a quailing Montague Summers’ dreams, through the tragedies of Jack Parsons and Graham Bond, to the snaking wiresand interconnects of DJs, rappers and EVP hunters, he captures the sense of danger that the incursion of magick brings into human lives. Neo-Nazi necromancers raise the shade of the Fuehrer, cursed jazz is blown out of an Atlantean sax mouthpiece. The saga of Graham Bond, who believed himself to be Crowley’s secret son, is told. Pitched rap battles and Electronic Voice Phenomena shriek through the airwaves whilstdisembodied DJs drift into the starry heavens. Murder occurs in the final cuts of a doomed movie shot in a Saharan city state. Secrets are divulged and dreams plundered by the agents of control. Magick and music riff off each other in a Burroughsian interzone.

“The text at the heart of the collection, Babalon, was performed by Travesty Theatre at the Gielgud Studio in London in 2005 with a cosmopolitan cast drawn from the London occult underground. Telling the tragic story of Cameron and Jack Parsons, the play had been dropped by the BBC at the very last moment, perhaps due to the long shadow of the other participant in the working, Lafayette Ronald Hubbard of Scientology infamy. Paul Green brings the episode vividly to life, in a stirring ritual recapitulation of the birth of Babalon in the modern era.” All copies of the book purchased directly from ScarletImprint will come with a high quality MP3 download of Babalon.

Babalon and Other Plays can be purchased here: http://scarletimprint.com/books/babalon-other-plays/