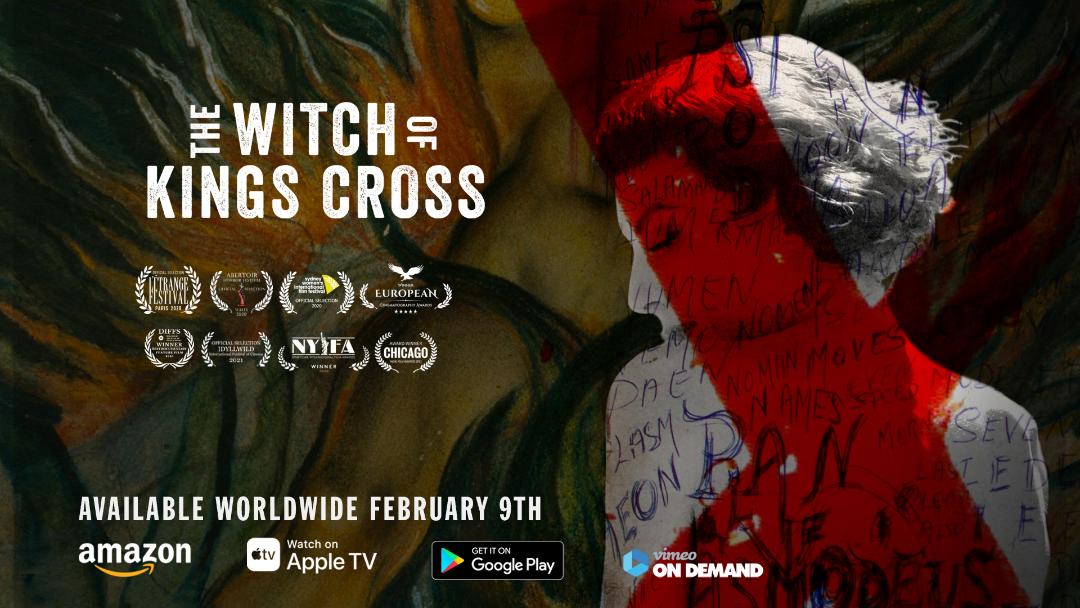 Seven years in the making, the film documentary The Witch of King’s Cross is being released worldwide February 9th via Amazon, iTunes, Google Play and Vimeo on Demand.
It’ll also be featured at the Idyllwild International Festival of Cinema 2021 March 8-14. The film’s director Sonia Bible is the featured guest on the Thelema, NOW! podcast this month, interviewed by special guest host Dr. Richard Kaczynski. The film’s website says:
“The Witch of Kings Cross is a cinema length, genre bending documentary set in the occult subculture of 1950s Sydney. The film explores the life, work and beliefs of the most persecuted, prosecuted and daring female artist in Australian history – Rosaleen Norton. Presented like a ‘rock doco’, it’s a collage of art, artefacts, archive, interview and expressionistic drama. Scenes are played out on the stage of an ‘otherworld’ nightclub where erotic dancers play mythic Gods and Goddesses.

The iTunes pre-order link is now live for The Witch of King’s Cross: https://itunes.apple.com/us/movie/the-witch-of-kings-cross/id1546061846?ls=1.