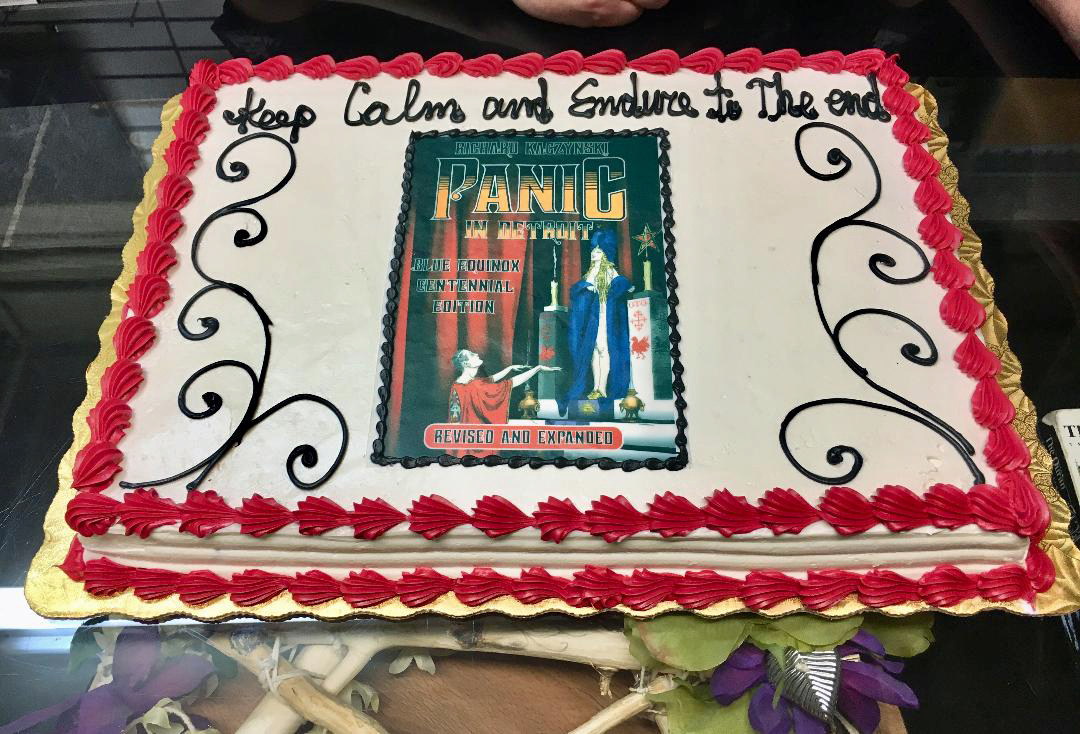 On Friday, July 19, Richard Kaczynski celebrated the release of his revised and expanded Panic in Detroit in commemoration of the centennial of Aleister Crowley’s blue Equinox, which triggered a moral panic over Detroit’s supposed O.T.O. “love cult” that left the Motor City clutching its pearls.

The event—which included the lecture “Panic in Detroit: 100 years later,” cake, and a book signing—took place at the Pagan Pathways Temple in suburban Detroit.

At 400 pages, this release is significantly expanded from the original 2006 limited edition. It includes original essays on the time of Aleister Crowley, Charles Stansfeld Jones, Wilfred Talbot Smith, Cecil Frederick Russell, and Dr. J. P. Kowal in Detroit; the newspaper accounts that followed in their wake; and the legacy of the lost crate of rare Crowley books. In addition, Panic in Detroit reproduces 40 letters between Crowley and his circle; 55 newspaper articles documenting the “mess in the press”; selected transcripts from the Universal Book Stores’ bankruptcy hearings, in which Crowley, O.T.O. and The Equinox figure prominently; and much more.

Richard will also be speaking on the closing chapter of the book at the U.S.G.L. National O.T.O. Conference on August 3.

Panic in Detroit is available worldwide through Amazon and other booksellers, priced at $20 in the US. https://www.amazon.com/Panic-Detroit-Magician-Expanded-Centennial/dp/1076972837 The revamped cover art is by Aaron Tatum.