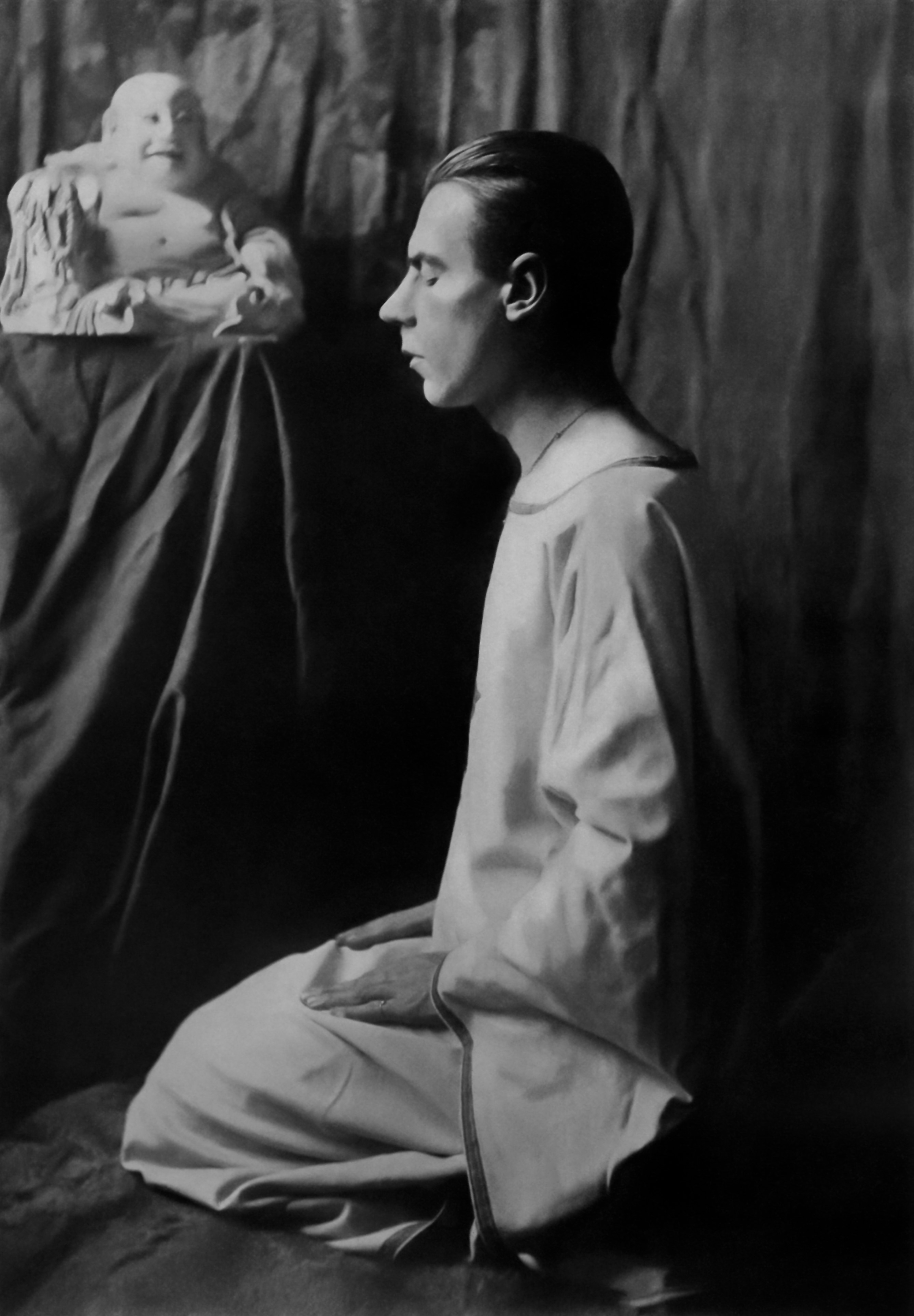 The youngest of seven, Charles Stansfeld Jones aka Frater Achad was born on April 2nd, 1886.  An aspirant to the Order who would claim the Grade of a Magister Templi.  He would also become a 10th degree of the O.T.O. and the first to establish those mysteries in the west.

At the age of twenty Jones would become interested in Spiritualism and began to investigate it with the hopes of discrediting the subject.  Though he greatly believed matters of this nature to be fraudulent he was also fascinated and eventually inspired to contact a true occult order.  After three years of searching and experimenting with various schools he came across a copy of the Equinox which he bought. Impressed with the idea of Scientific Illuminism, Jones almost immediately applied becoming one of its earliest members and ultimately one of its most significant.  There is some discrepancy as to if he was the 19th or 20th Probationer admitted -but what’s for certain is that he signed the Oath on December 24th, 1909 which was the first year the A∴A∴ accepted applications. He took the Motto Unus in Omnibus meaning “One is ALL”, which he abbreviated as V.I.O. –A Record of his early work in the Order is given in Equinox Vol. III No. I in “A Master of the Temple”. When Jones teacher, JFC Fuller retired from A∴A∴ Crowley took over as his instructor and advanced him to the Grade of Neophyte.  Jones then took the motto of Achad, meaning unity, which he would predominately use for the rest of his life when publishing and hence the name he is best known by today.

Shortly after becoming a Neophyte Achad would swear the Oath of the Abyss on June 21st of 1916 claiming the Grade of a Master of the Temple.  This decision took Crowley by surprise and he concluded that it was the result of a Sex-Magick operation he had worked nine months’ prior with Soror Hilarion – aka Jeanne Foster.  Crowley noted the near exact nine-month interval and concluded that Jones’ “birth” as a ‘Babe of the Abyss’ qualified him as his “magical child”.  Achad also sent Crowley a copy of Liber 31 which presented a “Key” to Liber AL that Crowley accepted as further evidence to support this conclusion. Crowley would then accept Jones into the Supernal Triad, and openly declare him as the Magickal Child prophesied AL:I 55-56.

Crowley wrote: “What I had really done was therefore to beget a Magical Son [in a magical operation]. So, precisely nine months afterwards, that is, at the summer solstice of 1916, Frater O.I.V. (the name of C. Stansfeld Jones as a probationer) entirely without my knowledge became a Babe of the Abyss”.

Later, of course, Crowley and Jones separated but not because Jones had turned the tree of life upside down – as is often believed the case; but instead, because Crowley mistakenly accused Jones of stealing several books which were many years later discovered to be in storage.  However, Crowley did strongly disapprove of Achad’s reformation of the Tree and was extremely critical of his position.

Though they would continue to correspond until 1936 they never amended their friendship and today many scholars agree that Crowley was wrong in his assessment of Achad. That in a certain sense he had failed Achad by not recognizing that Achad’s reformation was simply his attempt at understanding his universe and not the “Key” for all humanity to henceforth adopt.

In April of 1948 Jones announced the incoming of the Aeon of Maat and spent the remainder of his life exploring the implications. Frater Achad would pass away on February 24th of 1950. Love is the law, Love under will