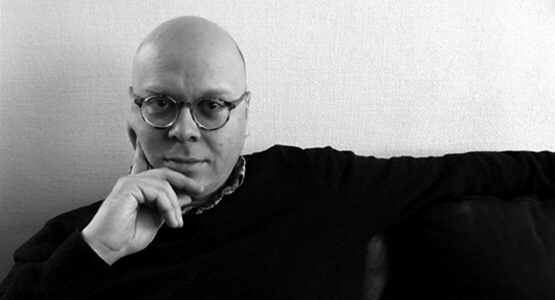 ¶ Reasonances is ​an anthology of selected essays, lectures and interviews by​ occultural pioneer Carl Abrahamsson. A subversive, creative, psychedelic collection of 23 essays spanning thirteen years at the forefront of occulture and magic​, followed an interview with the author by Sylvie Walder​. The unifying question of this diverse and stimulating collection can perhaps be stated thus: how does magic hack culture? Or perhaps even: what is the role and magic of the artist?
Abrahamsson proposes strategies of engagement that ​draw from TOPY, Thelema and Satanism, with which he is intimately acquainted. His magic is that of the interzone, the hinterland, of the unseen forces that drive culture forward. Reasonances is therefore a nexus of heretical possibilities investigated with ​a ​calm reflection that goes beyond his native Scandinavian cool. It is with great generosity of spirit, a candour and lack of dogma that he outlines his understanding of magic as art. For Abrahamsson, boundless creativity is a necessary expression of Will. He suggests that we should be actively producing culture, artifacts, music, artworks, happenings. And that these ‘​facts on the ground’ could be understood as a Gesamtkunstwerk, the Mega Golem, that will leak into popular and unpopular consciousness. He wants us to reason, to act, to live with meaning. To do our Will.
With an understanding of Magician as Artist, in a process of moving from what is hidden to what becomes seen, he employs a methodology that has become apparent in the thirteen years of work that this collection represents. Essays on the history of occult art, the formula of Babalon ​as supra-sexual transformation​, the mechanics of magic, and more, provide a complete vision of a magician who is engaged with ​counterculture, ​occulture​​ and incursions into the wider culture. Furthermore, he provides a constellation of ​Stars by which to navigate these evolving realms. Japanese masochist and master writer Yukio Mishima and German novelist Ernst Jü​nger are considered, as are Bulwer Lytton of Vril fame and Australian artist Rosaleen Norton. He ​twice ​interviews artist of light Kenneth Anger, and is found in conversation with Beat avant-garde filmmaker Conrad Rooks. He recites his death rune for mentor Anton LaVey, and eulogises his friend Lady Jaye. These ‘stars’​ are carefully observed with his astrolabe, enabling us to see into the past, comprehend where we are ​in the present, and project ourselves forward into a magical future.

Carl Abrahamsson is a pioneer of occulture whose life adventure has seen him forge a personal and lasting bond with Church of Satan founder Anton LaVey, contribute as a Thelemic thinker in OTO, administer TOPYSCAN and TOPYEUROPE at the height of Thee Temple ov​​ Psychick Youth, as well as working with Genesis Breyer P-Orridge in the guises of Psychic TV/Thee Majesty with his own White Stains project. He is the founder of the respected journal ​The ​Fenris Wolf​ and the publishing house Edda​ (with Fredrik Söderberg)​. He is a writer,​ curator, conspirator,​ photographer​, ​documentary film maker, and indefatigable agent of change.​​