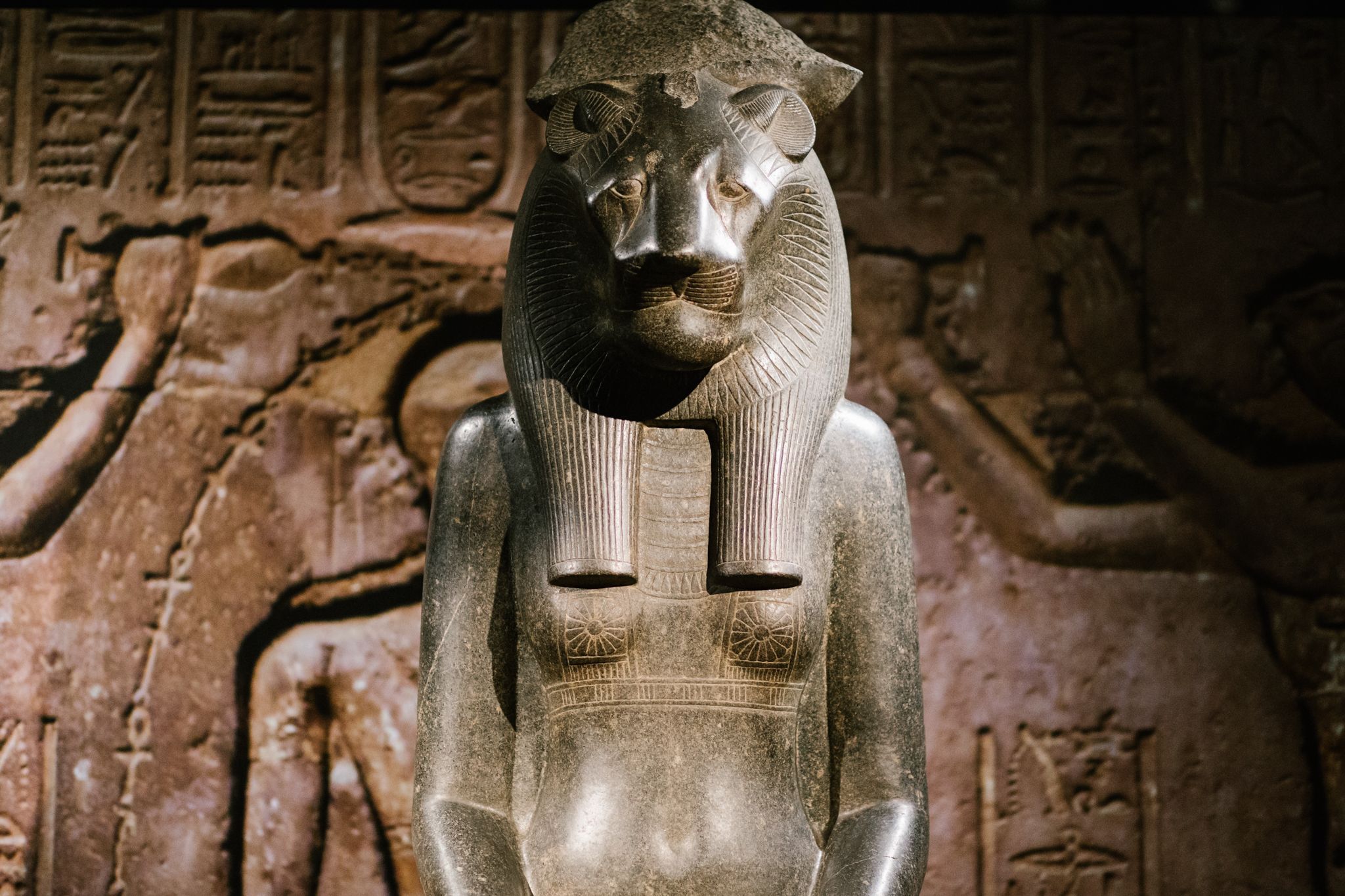 Earlier this month, the National Geographic Museum in Washington, DC unveiled a new exhibit, “Queens of Egypt” which is open through September 2019. Do I have to remind you what an Egypt-o-maniac Crowley was? Really? Hey, who are the deities speaking in Liber AL vel Legis?

“Travel back in time with National Geographic to visit ancient Egypt, one of the world’s greatest civilizations, and get to know some of its lesser-known leaders—Egypt’s mighty queens. Learn about the hidden role of women in all aspects of Egyptian society. Meet seven Egyptian queens whose impact helped shape both the ancient and modern worlds. Then travel in the footsteps of women through their daily lives and into their tombs on their journeys to reach the afterlife.

“From young explorers to seasoned enthusiasts, “Queens of Egypt” has something for everyone interested in the powerful, mysterious, and fascinating culture of the ancient Egyptian Empire:

“For centuries, the world has been fascinated with the pharaohs of Egypt. The discovery of the intact tomb of Tutankhamun, nearly a century ago, ignited an obsession with ancient Egypt that continues to grow as increasingly sophisticated technologies allow us to explore even more about this incredible culture. The National Geographic Society has a long history of supporting the groundbreaking research of archaeologists, technologists, and conservationists working in the country. But despite decades of extraordinary findings in Egypt, not a single intact tomb of a royal woman has ever been located. There were many queens of Egypt—some of them with very familiar names like Nefertiti and
Cleopatra—and yet little was widely known about them—until now.

“This immersive exhibition highlights the women of Egypt with a focus on the New Kingdom through the last queen, and pharaoh, Cleopatra VII. You will travel through over 1,400 years of history brought to life and learn from National Geographic Explorers about the discoveries that are changing what we know about this important ancient civilization.

“The exhibition features more than 300 artifacts from impressive collections like that of the renowned Museo Egizio in Turin, Italy. It also includes maps, images, multimedia, and an immersive 3-D theater that will transport you on a virtual journey through Queen Nefertari’s tomb. Though looted in antiquity, it is still one of the most elaborate tombs ever discovered in Egypt.

“Special thanks to the fine museums that are sharing their collections in this exhibition. These include the Museo Egizio in Turin, the Pointe-à-Callière Museum in Montreal, the Rijksmuseum van Oudheden in Leiden, Musées Royaux d’Art et d’Histoire in Brussels, and the Montreal Museum of Fine Arts. Additional thanks to the Italian Embassy and the Egyptian Embassy in Washington and to Kimpton Hotels for their support. We hope this exhibition inspires you to study and learn more about the past, which has so much to teach us about our shared human journey.