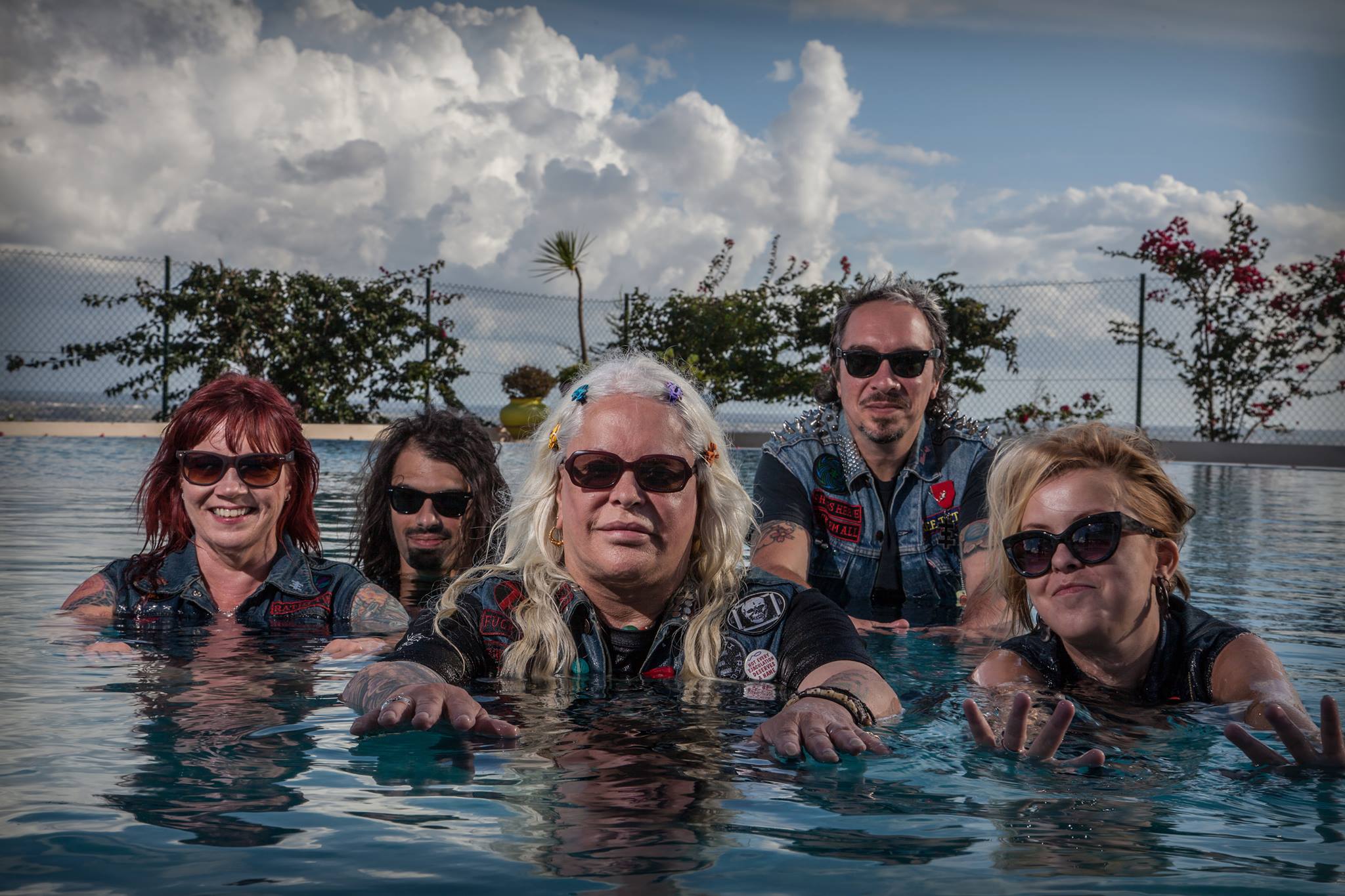 September 4 at the Boot and Saddle in Philadelphia, PA

I’d keep an eye on https://www.facebook.com/psychictvptv3 for updates on this tour as http://www.genesisbreyerporridge.com/ doesn’t seem o have been updated since March 2015.

The most recent album release from the group is the Snakes album https://www.youtube.com/watch?v=HQEKQm3T1As

You can purchase the album and other PTV3 merch at http://porridgeshoppe.myshopify.com/

The Boot and Saddle website has posted this brief biog on the group:

“Psychic TV was first born in 50 Beck Road, Hackney in 1982 following his termination of Throbbing Gristle in 1981. Six months later the duo completed the nucleus of the new unit with ex-TG’er Peter Christopherson. By that time Genesis had already conceived, named and pioneered the genre “lndustrial Music” with Throbbing Gristle. Along with the Velvet Underground, Throbbing Gristle is and remains one of the most influential rock groups of the last 30 years; if you haven’t heard their music, you will certainly have listened to someone who has. In Throbbing Gristle, Genesis and company synthesized the influences and philosophies of Gen’s close friends and collaborators, including Beat writer William S. Burroughs; Beat poet and painter Brion Gysin; psychedelic shaman Dr Timothy Leary; queer activist film maker Derek Jarman; and those of legendary occultist Austin Osman Spare, theorist John Cage and various seminal underground authors, thinkers, artists and film makers. The group “TG” produced some of the most unsettling and thoughtprovoking music of all time. Their pioneering “Industrial” sound and self-sufficient approach to record distribution has had a profound impact, becoming key elements of underground music production and distribution ever since.

“Right from the outset, Psychic TV in turn made highly innovative and unflinchingly provocative music blending elements of psychedelia and dance with Industrial sounds (named “HYPERDELIC” by Genesis). As with TG, the details of Psychic TV’s packaging, marketing and the radical lifestyle of the musicians were all treated as equally crucial components of the final aesthetic statement. For some 14 odd years, Psychic TV recorded and released dozens of live and studio albums ending up in the Guiness Book Of Records for releasing more albums in one year than any other artist (even Elvis!). Psychic TV was terminated in the mid 90’s as Genesis pursued further musical goals with his spoken-word and expanded poetry/video installation project Thee Majesty.

“In 2003, artist and percussionist Edley ODowd gently but persistently persuaded Genesis to rekindle her rock spirit and Psychic TV. Edley succeeded and they played their first public show that December. The reactivated ensemble led by ODowd, has been touring the world and releasing music ever since.

“The full history of Genesis Breyer P-Orridge and her varied seminal musical exploits of the past three decades as well as her soclo-cultural (or should that be politico-sexual? Or all the above!) adventures would easily fill a book (and has … Soft Skull/Shortwave Books published “Painful but Fabulous: The Lives and Art of Genesis P-Orridge” in 2003 and more recently with “Thee Psychick Bible” in hardcover in 2009 and paperback in 2010). Genesis continues to exhibit artwork around the globe (Most recently at Art Basel, Miami, The Serpentine Gallery, London and a career retrospective at The Warhol Museum, Pittsburgh).

“Already living a creative further chapter of her “life” book Genesis continues to provoke and explore in her very public private life; from replacing all her healthy teeth with solid gold permanent replicas in an homage to Pierre Clemente in Luis Bunuel’s “Belle De Jour.” Littering the dictionary and culture with new words for new, original ideas Genesis can be said to follow the serious process and joy-filled strategy of “When there is no example imagine it, when there is no
word for it invent one.”