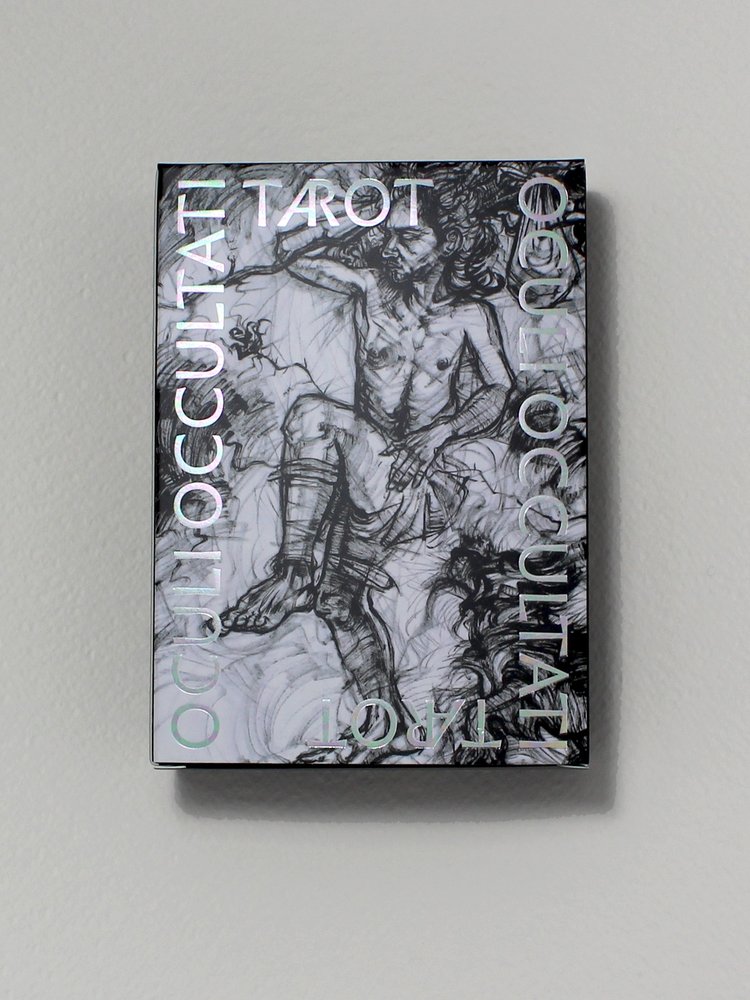 The U.K.’s Scarlet Imprint is announcing the publication of the Oculi Occultati tarot by Radomił Bogusławski. The publisher’s website says:

“The Oculi Occultati tarot is an enchanting and highly original work, comprising a complete set of 78 cards. The deck is notable for the striking contrast between the black and white major arcana and the luminosity of the minor arcana, each suit distinguished by a different colour – yellow Wands, blue Cups, pink Swords and green Pentacles. The tarot is named for the closed eyes of the dreaming figures that populate its hermetic universe.