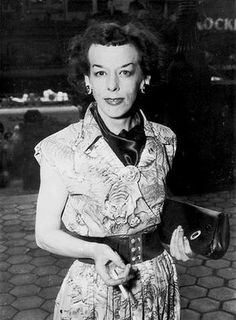 Writer/director Sonia Bible has released a new three-minute promo for her still-in-production documentary about Rosaleen Norton (1917-1979). The Witch of Kings Cross is a cinema length documentary set in the occult subculture of 1950’s Sydney, which explores the life of the most persecuted, prosecuted and daring female artist in Australian history. This new film from internationally award-winning director Sonia Bible and critically acclaimed producer Peter Butt was developed with assistance from Screen Australia, Screen QLD, and crowdfunding. Featuring some artistic footage of actress Peita Breese as Roie, and interview footage with experts who will be familiar to many readers of Zero Equals Two!, this promo will hopefully entice broadcasters and investors to put this worthy project over the finish line. [Note this video contains some NSFW content.]