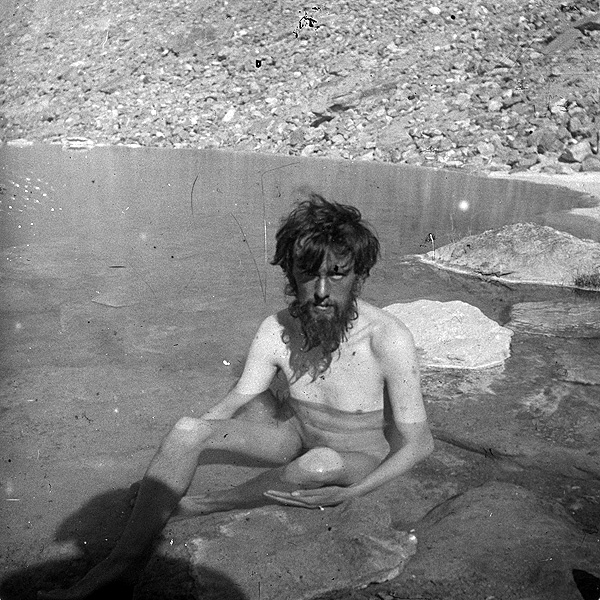 Just published in the U.S. The Ghosts of K2: The Epic Saga of the First Ascent is Michael Conefrey’s accounts of the earliest attempts by Europeans to scale K2, still rated as one of the most difficult mountains in the world to climb. His account, of course includes that made by the expedition that included a young Aleister Crowley.

“At 28,251 ft, K2 might be almost 800 ft shorter than Everest, but it’s a far harder climb. In this definitive account, Mick Conefrey grippingly describes the early attempts to reach the summit and provides a fascinating exploration of the first ascent’s complex legacy. From the drug-addicted occultist Aleister Crowley to Achille Compagnoni and Lindo Lacedelli, the Italian duo who finally made it to the summit, The Ghosts of K2 charts how a slew of great men became fixated on this legendary mountain.

“Through exclusive interviews with surviving team members and their families, and unrivalled access to diaries and letters that have been archived around the world, Conefrey evokes the true atmosphere of the Savage Mountain and explores why it remains the ‘mountaineer’s mountain’, despite a history steeped in controversy and death. Wrought with tension, and populated by tragic heroes and eccentric dreamers, The Ghosts of K2 is a masterpiece of mountaineering literature.

“Only unbridled ambition is going to get you up K2. And the stories of the early attempts and the eventual success illustrate the complexity of the mountain and the climbers who chose to risk it all.Ghosts of K2brings them back to life.’ – Peter Edmund Hillary – mountaineer, expedition leader, philanthropist and author

“‘Calamity, chaos, catastrophe, controversy, calumny – the history of the most difficult and dangerous of high Himalayan peaks has all these in spades. Mick Conefrey relates the often unedifying, occasionally heroic saga leading to its first ascent with great panache and lucid analysis of little-known material. A significant contribution to mountaineering historical writing.’ – Jim Perrin – award-winning author of The Villain: The Life of Don Whillans and Snowdon: The Story of a Welsh Mountain

“‘Mick Conefrey judiciously and lucidly unravels this tangled tale of courage and conflict. And he displays once again… a consummate ability to tell a ripping good climbing yarn.’ –Maurice Isserman – co-author of Fallen Giants: A History of Himalayan Mountaineering from the Age of Empire to the Age of Extremes”

and here’re a couple reviews of said book: