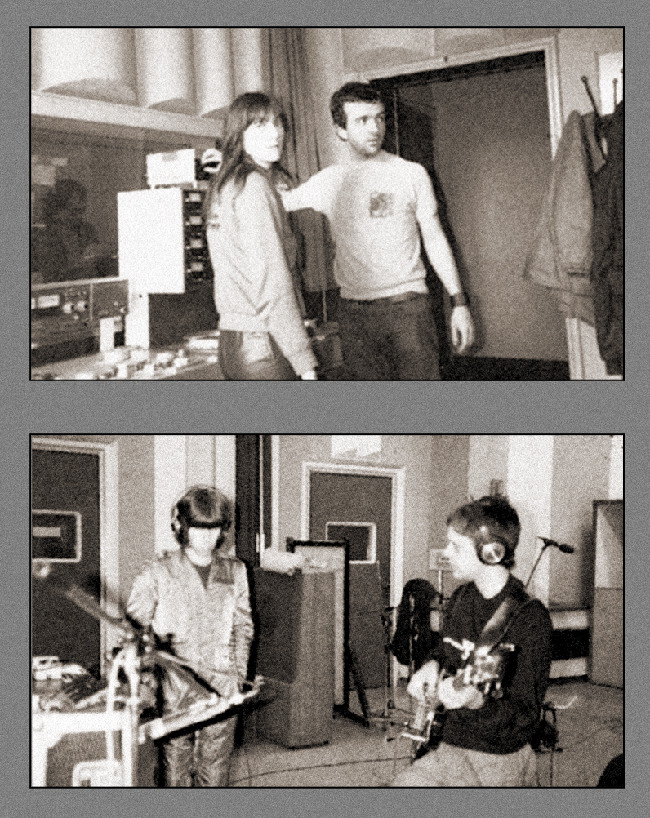 Throbbing Gristle enter the second phase of their reissue series Mute. On 14.09.2018, remastered editions of Journey Through a Body (on silver vinyl CD, Digital), Mission of Dead Souls (on white vinyl, CD, Digital) and Heathen Earth, on blue vinyl, will be released as a double CD set and Digital will appear.

The piece “Persuasion U.S.A.” from Mission of Dead Souls can be heard here: https://youtu.be/9tlAO-IZLwY

The albums follow the anniversary re-release of The Second Annual Report as well as a new edition of 20 Jazz Funk Greats and The Taste Of TG: A Beginner’s Guide to Throbbing Gristle, available here: http://smarturl.it/THROBBING -GRISTLE

JOURNEY THROUGH A BODY (Original 1982, Industrial Records (TGLP8 / TGCD8 / iTG8)), widely regarded as Throbbing Gristle’s most spooky work, was recorded in Rome in March 1981 as a commissioned work for the Italian broadcaster RAI. Following a recommendation by Robert Wyatt, the RAI initially commissioned Cosey Fanni Tutti to work on a piece dedicated to “A Journey Through The Body”. It quickly became a TG project that would mark the band’s last studio recordings before they were reactivated in 2004. In just five days – one day per body area – the pieces were conceived, recorded and mixed immediately and are a perfect example of Throbbing Gristle’s artistic stance. Out of stock on vinyl since 1983, the album now appears on silver vinyl with embossed cover artwork and photos from the recording session. In addition, the album will be made available again on CD and be available for the first time ever digitally. “What’s most noticeable about the album, as a sonic experience is the openness to acoustic instrumentation on display.” (The Vinyl Factory)

MISSION OF DEAD SOULS (Original 1981, Industrial Records (TGLP6 / TGCD6 / iTG6)), in turn, documents the band’s final performance before its first breakup on May 29, 1981 at the Kezar Pavillion in San Francisco. The album proves, to follow AllMusic, “TG’s assault never made talent or skill.” Unavailable since the early ’90s, it now appears as a limited edition on white vinyl with a reproduction of the original cover complemented by silver ink – and a text by Jon Savage. Also this album appears for the first time digitally and after a long time again on CD.

HEATHEN EARTH (Original 1980, Industrial Records (TGLP5 / TGCD5)) is again the live documentary of a performance given by Throbbing Gristle to a small crowd of invited audiences on 16 February 1980. Heathen Earth will be released as a double CD and as a limited vinyl version in the gatefold cover, which cites the first time limited to 750 units at the time. The vinyl version also features an eight-page 12-inch booklet called “Industrial News”, a previously unreleased performance print and a digital copy, the 11 bonus tracks with additional live recordings from 1980 and 7-inch versions of “Subhuman” and “Adrenaline “Contains.
Tracklisting:
01 – Cornets
02 – The Old Man Smiled
03 – Improvisation
04 – The World Is A War Film
05 – Something Came Over Me
06 – Still Talking
07 Bass
08 – Don’t Do As You Are Told
09 – Painless Childbirth