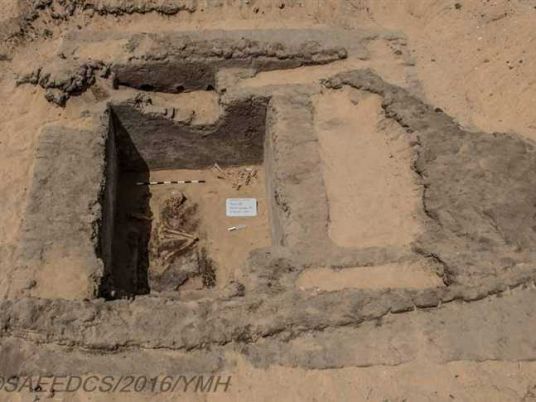 A cemetery and residential area dating to around the time of Egypt’s First Dynasty (late fourth millennium B.C.) has been discovered in Abydos, according to a report in Egypt Independent.  Both are thought to have been used by senior officials tasked with planning tombs for the ancient Egyptian royal family along with the workers who actually built the tombs.  Archaeologists found remains of huts, pottery, and stone tools at the site. Hany Aboul Azm, head of the Central Administration of Upper Egypt, said that 15 large mud-brick tombs had been uncovered, and that their large size underscores the importance of those buried in them.  The tombs date to around the time of the establishment of Egypt’s First Dynasty, when Abydos is thought to have been the country’s capital.

For more information at http://www.egyptindependent.com/news/ancient-residential-city-cemetery-discovered-abydos