A masterwork by the ultimate outsider artist Henry Darger, hidden for years, exhibited online is being unveiled online in anticipation for 2022’s version of the Outsider Art Fair by the prestigious New York Gallery Ricco/Maresca.

Darger is perhaps the most well-known self-taught American artist; his works held in numerous museum and private collections in the United States and abroad. He has been the subject of major museum exhibitions and retrospectives, including the American Folk Art Museum in New York (1997 and 2010), Intuit: The Center for Intuitive and Outsider Art in Chicago (2003), and The Hara Museum of Contemporary Art in Tokyo (2007), among others. In June 2012, Kiyoko Lerner (holder of Darger’s estate) donated 13 double-sided Darger drawings to the MoMA in honor of Klaus Biesenbach, who curated “Disasters of War” at MoMA PS1 (2000), which presented works by Darger alongside those of Goya and Jake and Dinos Chapman. 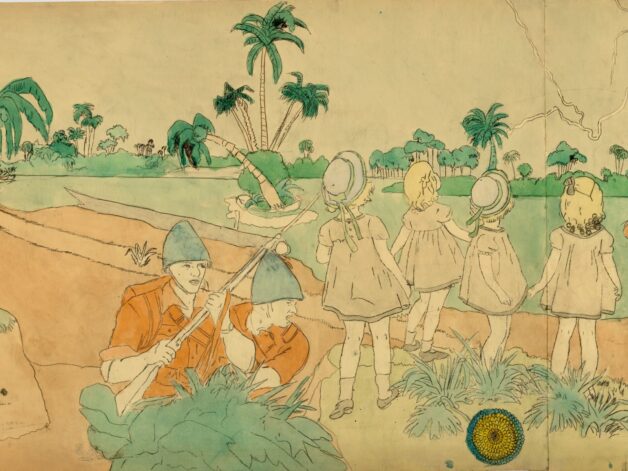 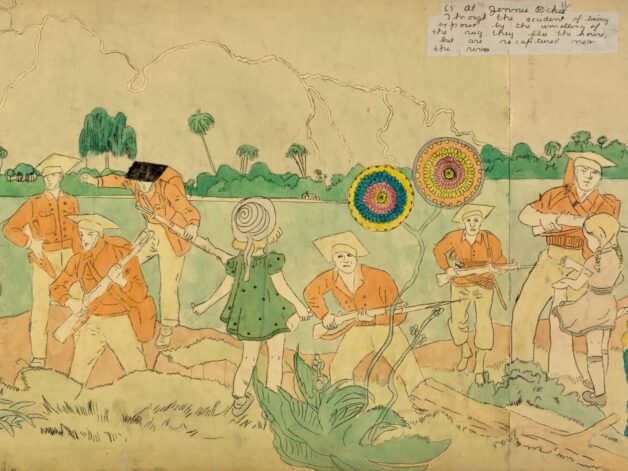 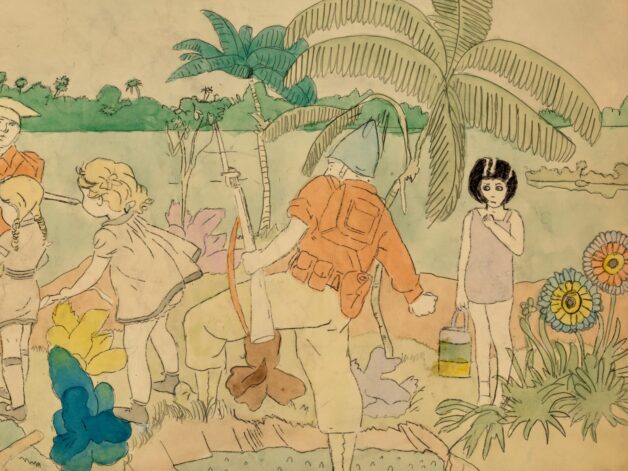 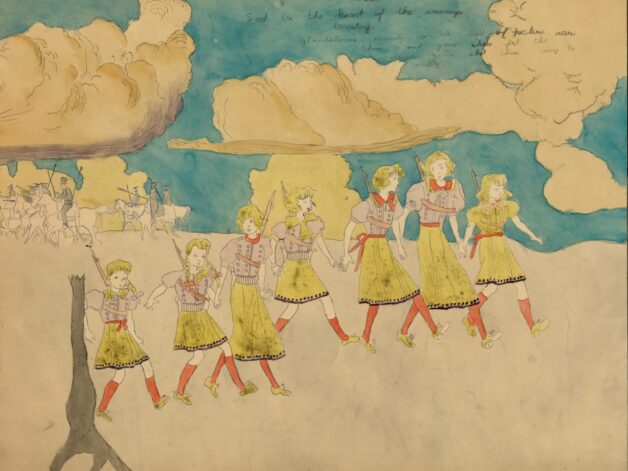 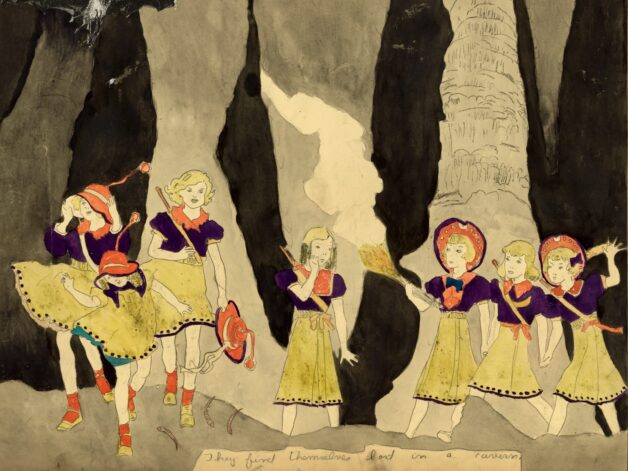 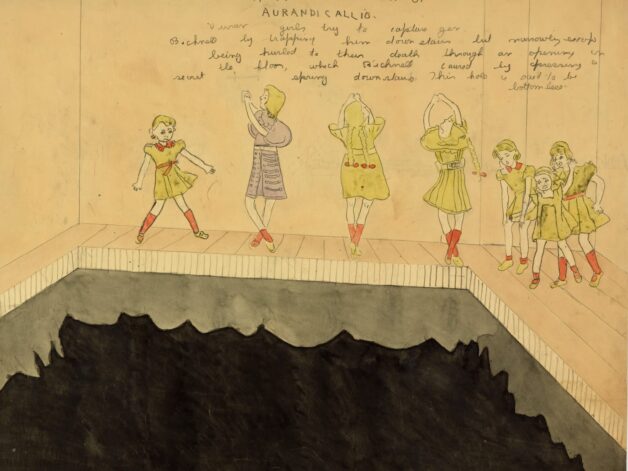 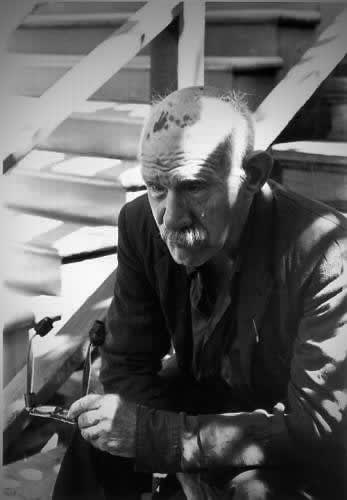 One of the two only known photographs of the artist Henry Darger.

Darger’s landscapes set the ambience for his tales of good versus evil; they are at once romantic, poetic, and often violent. The artist meticulously configured his compositions using tracings from the newspaper clippings and magazine illustrations he collected. He paid particular attention to visual space and perspective, utilizing a copy machine to size his figures relative to their placement within the picture plane. The artist’s extraordinary talent as a colorist and his dynamic compositions combine to create a formal beauty that renders even brutal imagery sublime. Some of his works evoke scenes of Civil War-torn battlefields—which he reputedly studied—complete with blustering winds, sleeting rain, and turbulent clouds (the artist kept a daily weather journal for 10 years). The Vivian girls engage in violent battles against the evil Glandelinian Army, they brave tornadoes and blazing forests, are strangled by clouds in the sky, and even “disappear through the earth” in miraculous escapes. Other works are bucolic, featuring imaginary places with fairytale-like names such as “Finger Mountain,” “Peppermint Place,” “Onion City” and “Mistletoe Station,” set within Darger’s Catholic land of Angelina.

more on the artist may be found in this book 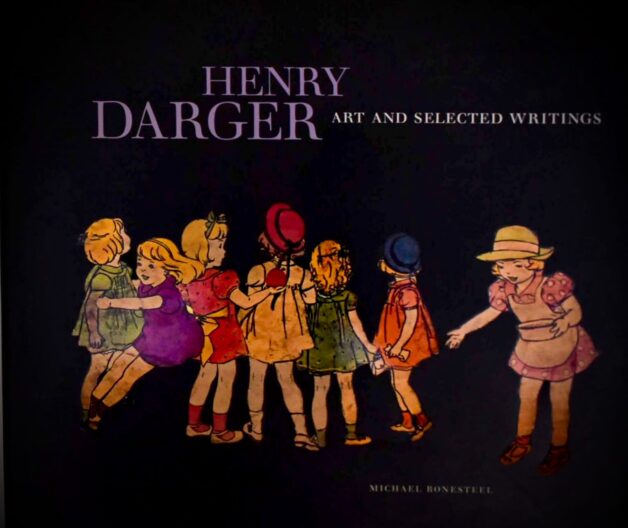