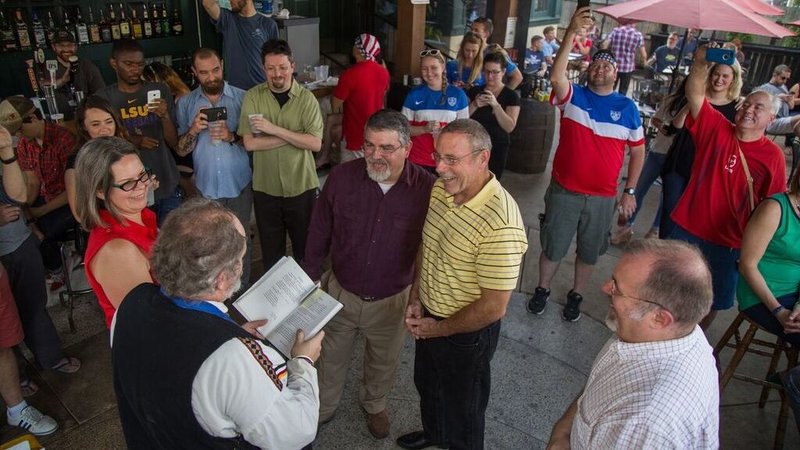 Last month, NPR reported that a pair of farmers, both men, got married in rural Tennessee, they received a letter that they were being brought up on charges for un-Masonic conduct, by the Grand Lodge of Tennessee and were suspended. Meanwhile Lodges around the country and the world protested, urging this Grand Lodge as well as other Grand Lodges (mainly in Southern states) to lift their bans on gay membership as it hurt the image of Freemansonry and threatened the order’s survival. Read more here:

As reported in this blog, Ordo Templi Orientis’ policy on such matters is:

“There shall be no consideration of race, ethnicity, sex, gender identity, or sexual orientation when considering the fitness of candidates for admission, advancement, or appointment to office within Ordo Templi Orientis U.S.A.”.