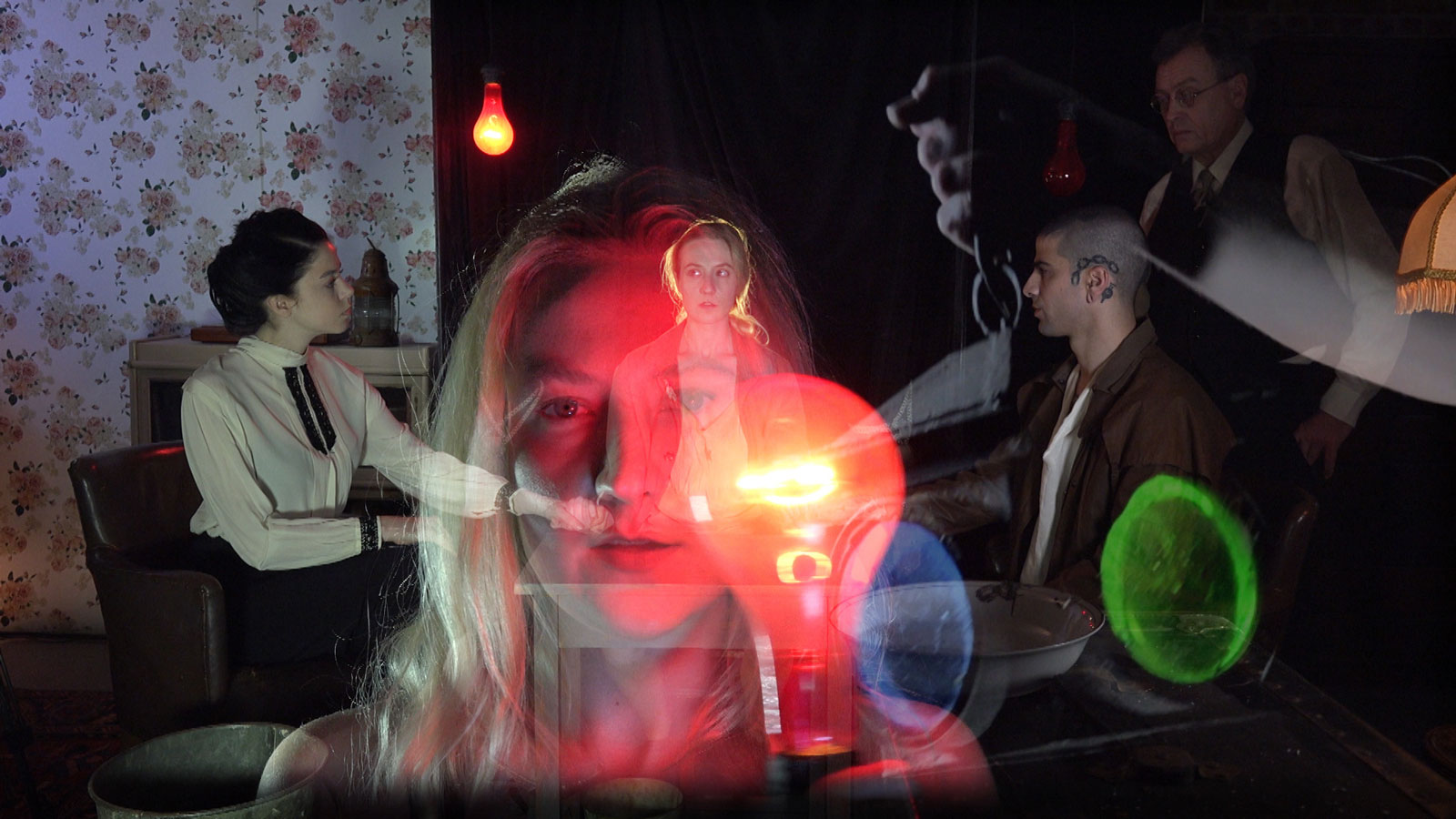 An illustration of “The Crown Chakra” from The Chakras: A Monograph, by Rt. Rev. C. W. Leadbeater, 1927, left; a page from Edwin D. Babbitt’s The Principles of Light and Color, 1878, right

The Beauty of Belief

It’s been a beautiful summer, at least in the Northeast, but much about the current election cycle has made it something of a challenge to have any sort of fun at all. How doubly grateful we are, then, to find distraction, humor, entertainment, and pleasure in two museum shows devoted to so much funny, engaging, and ultimately moving evidence of our search for instructive or simply comforting messages from the beyond. The shows—“Imponderable” at New York’s Museum of Modern Art and “Tony Oursler: The Imponderable Archive” at the Hessel Museum at Bard College’s Center for Curatorial Studies—reveal the intriguing connections between the work of video artist Tony Oursler and his encyclopedic and obsessive collection of over 2,500 images and objects. Nearly all of these objects touch on some aspect of the occult or, perhaps more accurately, on beliefs and belief systems that cannot be supported by (or that run counter to) science. They provide evidence of the (often misguided) power of faith, and of our longing to believe in—or our compulsion to disprove—the existence of phenomena that we know to be unlikely, irrational, illogical, or physically impossible. Tony Oursler’s Imponderable (2015–16) offers an alternative depiction of modernism that reveals the intersection of technological advancements and occult phenomena over the last two centuries.

Imponderable is an extensive research project, exhibition, film, and publication that investigates the personal collection of American artist Tony Oursler, a remarkable trove of more than 2,500 photographs, documents, publications, and unique objects, tracking a social, spiritual, and intellectual history dating back to the early eighteenth century.