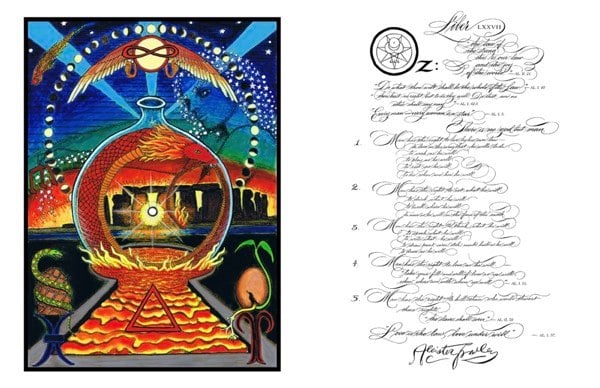 The Illuminated Aeon Oz FB page has announced:
“We have wonderful news. We are nearing the printing phase of the project finally. Just a few logistics and other things to work out.
“For those who do not know, or may have forgotten: This version of Liber Oz results from a long a project of love, inspiration, and collaboration between a number of people. The loss of any one of them would have made it impossible. The project began in 2017 and although it took longer to finish than we wanted, it is almost complete.
“It will be published soon in two editions. A higher quality edition limited to 93 copies which will include soon to be announced features which will distinguish it from the other edition. The other edition will be limited to 220 copies and will be rightly lovely. Both fully suitable for framing and at 11×17 in size.”
“All proceeds will be directed to a non-profit charity related to Thelema, which will be announced soon.”
“Those interested in receiving notice first when pre-orders open can fill out the form on this site: https://liberoz.art/” 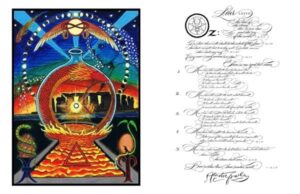