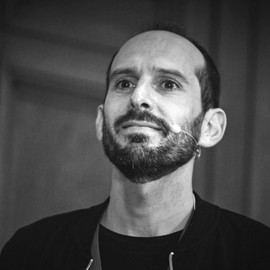 Modern ceremonial magicians are fond of citing some of the rudiments of quantum mechanics to lend a little scientific heft to the magician’s view of the nature of the manifest universe’s operating; usually the popularized tidbits is all they know about this discipline. The New York Times Magazine ran a profile last month on Italian physicist Angelo Bassi who is taking up the challenge of testing some of quantum mechanics more mysterious dictates via actual experimentation. An interesting excerpt from the article reads:

“The theory, in fact, suggests that particles, while they’re not being observed, behave more like waves — a fact called “wave-particle duality” that’s related to how all those latent possibilities seem to indicate that an unobserved particle can exist in several places at once. The act of observation itself is then posited to somehow convert this nonsensical situation into the world we see, of objects having definite locations and other properties. This makes human beings, who are after all the ones making the observations, in essence responsible for conjuring the reality we experience out of a murky netherworld that quantum mechanics implies is simply unknowable.”