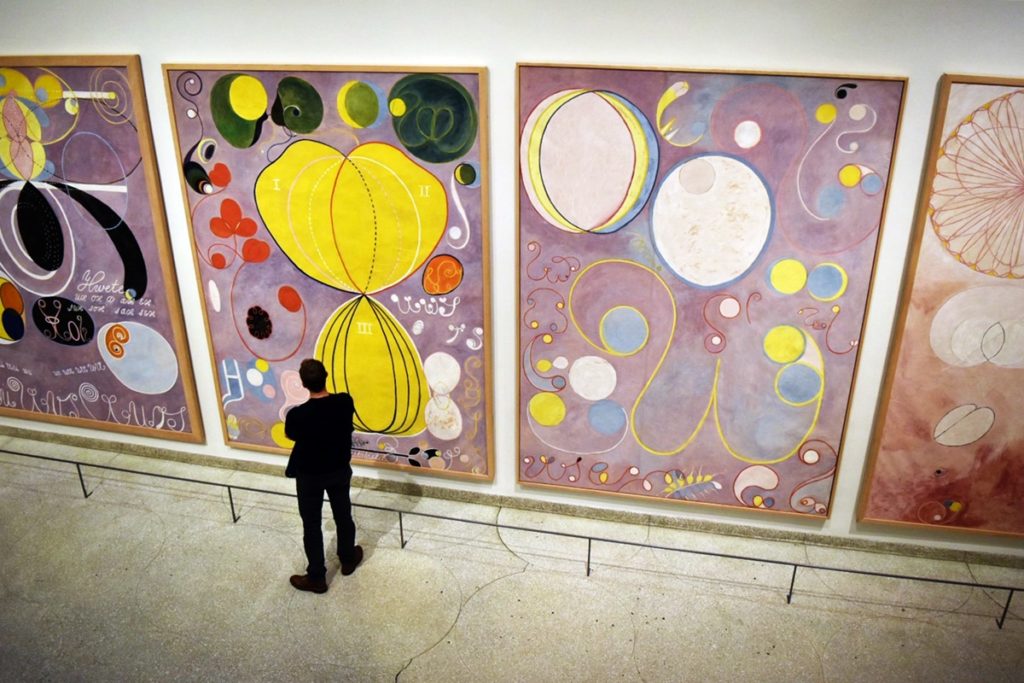 Born in 1862, the obscure Swedish artist is hardly the most likely figure to capture the imagination of a generation that grew up with Tumblr and Buffy. But her affinity with the occult, and a propensity for geometric shapes that chime with modern-day graphic design and branding, has led to a new and fast-growing legion of fans. Words by Louise Benson

“Undoubtedly, Af Klint’s recent reputation amongst young, digital-savvy women in particular has been bolstered by her immersion in mysticism and the occult”…..

Undoubtedly, Af Klint’s recent reputation amongst young, digital-savvy women in particular has been bolstered by her immersion in mysticism and the occult. With a group of likeminded women dubbed The Five, she engaged in the paranormal and regularly organized spiritistic séances. They recorded a completely new system of mystical thoughts in the form of messages from higher spirits, called The High Masters. As part of this, Af Klint created experimental automatic drawings as early as 1896, and believed her hand to be guided by otherworldly forces…..

In January 2018, the New York Times published an article titled “How Astrology Took Over the Internet”, while the Atlantic published a piece in the same month titled “The New Age of Astrology”.  Both argued that in a stressful, data-driven era, many young people find comfort and insight in the zodiac—even if they don’t exactly believe in it. The New York Times observed, “Old-school astrological images of constellations and line-drawn star signs have been replaced by pastel illustrations and mixed media collages. The dominant look is nostalgic but not staid. The rise of astrology, Instagrammable crystals and generalized coven-talk all evokes a throwback for ’90s kids, who grew up watching The Craft and playing with cardboard Hasbro Ouija boards at slumber parties.”