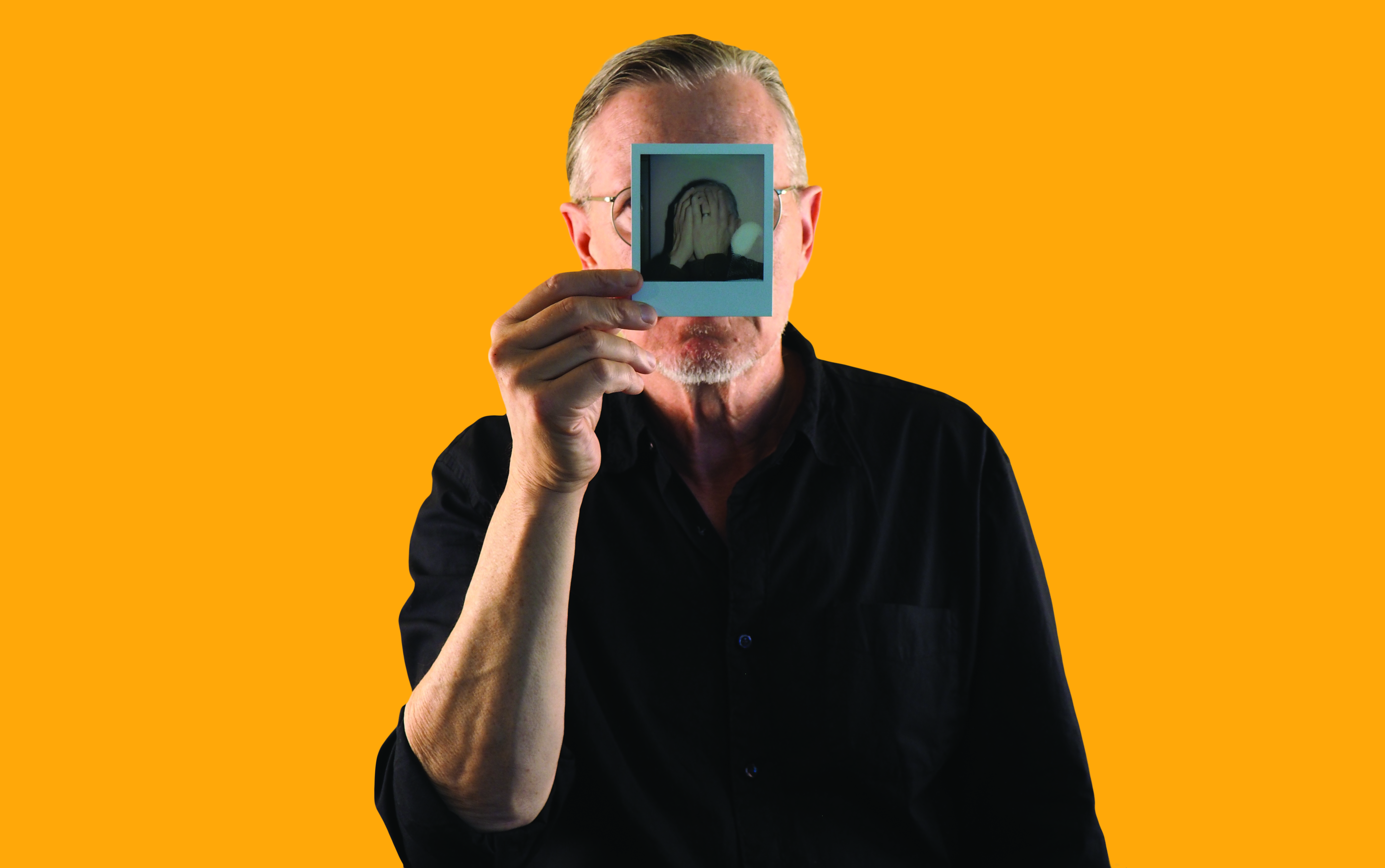 Listen to the first track from the album, ‘It’s Coming It’s Real’: https://youtu.be/3ZVZo30M8Lc

Written and produced by Michael Gira, the album features contributions from recent and former Swans, members of Angels of Light as well as Guest Artists Anna and Maria von Hausswolff, Ben Frost, The Necks, Baby Dee, and a Hawk and a Hacksaw  – full personnel list below.

Michael Gira explains, “Leaving Meaning is the first Swans album to be released since I dissolved the lineup of musicians that constituted Swans from 2010 – 2017. Swans is now comprised of a revolving cast of musicians, selected for both their musical and personal character, chosen according to what I intuit best suits the atmosphere in which I’d like to see the songs I’ve written presented. In collaboration with me, the musicians, through their personality, skill and taste, contribute greatly to the arrangement of the material. They’re all people whose work I admire and whose company I personally enjoy.”

“Here below are the primary contributors to Leaving Meaning:

Michael Gira – Vocals, words, acoustic/electric guitar, production. I started Swans in NYC in 1982 and have been the primary songwriter, singer and producer throughout the years. In the early years I played bass, but later switched to guitar. During the years of Swans hiatus (1999 – 2010), I released several albums by and toured with a group called Angels of Light.

Kristof Hahn – Lap steel, various guitars throughout, backing vocals, generous and insightful advice on mixes and arrangements. Kristof first became involved with Swans in 1989, was a principal contributor to Angels of Light, and a core Swans member 2010 – 2017. Kristof’s other musical ventures have included the Rock ‘n’ Roll Noir band Les Hommes Sauvages and Kool Kings (with Alex Chilton). He’s currently working on an instrumental record for Lawrence English’s label, Room 40. He holds a master’s degree in Political Science, and when Swans doesn’t pay the bills, he translates books for a living. Kristof’s presence, on and off tape, is pivotal to this record. Kristof lives in Berlin, Germany.

Larry Mullins – Drums, vibes, orchestral percussion, Mellotron, various keyboards, backing vocals. Larry (AKA Toby Dammit) is a trained symphonic percussionist and all-around consummate musician. He played through the 90s with Iggy Pop and later with The Stooges. He played with Swans in the late 90s and was a main contributor to Angels of Light. He is rumored to have been involved with The Residents. His varied and numerous credits also include a stint with Silver Apples as well as recently, Shakespears Sister. His current main job is playing keyboards with Nick Cave and the Bad Seeds. I decided immediately to ask Larry to contribute to Leaving Meaning after watching the German TV series Babylon Berlin, and suddenly, unbeknownst to me, there was Larry as the main focus of various cabaret scenes, drumming behind a huge kick drum in his inimitable style. After laughing in shock for perhaps half an hour, I decided to contact him. We hadn’t been in close touch for a long time and I’m elated I reached out. Larry lives in Berlin, Germany.

Yoyo Röhm – Electric bass, double bass, various keyboards, piano, backing vocals. Yoyo came to my attention through his work with Kristof and Larry in Berlin. In addition to his excellent bass playing, Yoyo’s ears were invaluable in helping to sort out many of the arrangements. Yoyo plays with numerous left field musicians around Berlin and also works with Mick Harvey on his Serge Gainsbourg recordings and tours. Yoyo, Larry, Kristof and I rehearsed in Berlin for 3 weeks prior to recording. Yoyo is a true Berliner – gruff and determined on the outside, a marshmallow inside. He was a great musical resource for this record.

The Necks – (Chris Abrahams – piano, organ; Tony Buck – drums, percussion; Lloyd Swanton – double bass). I have been an avid Necks fan since I first saw them perform at a Big Ears Festival in 2010. They subsequently played with Swans at a few shows in Australia. Their live performances and recordings are just about any superlative you can think of – mesmerizing, transcendent, sublime. Their music is entirely improvisational – it’s my understanding that they have no idea what they’re going to play before they start. And yet, mostly using rudimentary jazz trio instrumentation, they manage to fashion burgeoning and ever-evolving, immersive clouds of sound that utterly envelop the listener as the music unfolds. I’m beyond honored and humbled that they agreed to perform the basic tracks for 2 of my songs (The Nub and Leaving Meaning). Their performances were then delicately, and (I hope!) tastefully further orchestrated upon in Berlin. Tony lives in Berlin, and also played drums on the song Some New Things.

Anna and Maria von Hausswolff – Choral backing vocals. Anna is blessed with a soaring voice, lyrical acuity and increasing facility with the church organ. I was impressed recently to learn that she often travels around Europe and visits churches unannounced, where she talks her way into being allowed to use the resident organ – some of them rather massive, I imagine – and plays and explores for hours. Her searing records and live shows reflect the courage of her imagination and have garnered her increasing, much deserved recognition. Maria is an accomplished Swedish cinematographer and director of photography. In 2017 I heard Anna and Maria singing together at a sound check for a special song they were doing in Anna’s set, was instantly enthralled, and resolved at that moment to ask them to participate together on a Swans recording.  I’m delighted they agreed to come to Berlin and record for me. They were a joy to work with! They live in Scandinavia.

Ben Frost – Guitar, synthesizers, sound manipulations. Ben’s adventurous sound-craftings, sometimes harrowing and sometimes delicate and quite musical, and his powerful live shows, have afforded him much recognition of late. I’ve also been highly impressed with his soundtrack work for the HBO series, Dark. He’s an extremely talented arranger and composer. His mission for this record was intentionally ill defined. I basically wanted his ears and sensibility, with no particular part or instrument in mind. I arrived at his studio in Reykjavik, Iceland, put up the songs, and he played what he thought a song needed. I was pleasantly surprised to discover his unique approach to the electric guitar as well as his synth work. Ben also was quite helpful with arrangement and mixing ideas. Ben lives in Iceland.

Baby Dee – Lead vocal on The Nub, supported by her friends Fay Christen and Ida Albertje Michels, and Jennifer Gira. Dee has released numerous records (one produced by Bonnie Prince Billie, I think), and if you don’t know them, you should!  The first time I saw her she was riding a unicycle in circles outside the now-defunct Avant club, Tonic, in NYC, playing a ukulele (or accordion?) and singing with great mirth. I saw her set that night and was won over. She’s since toured with Swans several times. Her music could loosely be called neo cabaret, but more accurately she’s totally unique and a great performer and songwriter, graced with a powerful voice and high-end ability on the piano, accordion and more. I wrote The Nub specifically for her to sing. I was stymied for words to the main guitar figure to the song, and suddenly she popped into my mind, floating through the universe in diapers, sucking milk from the stars. The song wrote itself. Dee lives in The Netherlands.

Jeremy Barnes and Heather Trost – Jeremy: Santur, hi-hat, fiddlesticks, accordion, engineering; Heather: Stroh violin, violin, viola, fiddlesticks, engineering. Together, Jeremy and Heather comprise the band A Hawk and a Hacksaw. (Jeremy played at one time with the bands Neutral Milk Hotel and Beirut). Again, if you don’t know their music, you should! They’ve released several records. It’s Balkan/Gypsy influenced, somewhat psychedelicized, with great singing, playing and melodies. They’re each multi-instrumentalists and they intrepidly travel the world, both touring and simply exploring the Balkans, in search of adventure and master musicians of the region, some of whom they simply befriend, others whom they record. They toured with Swans a while ago, and I’ve had it in the back of my mind to ask them to record on a record since. I travelled to their home studio in Albuquerque, New Mexico, presented the songs, and did the same thing I did with Ben – I said, “Now what?” You can hear them on several songs on the record, sometimes subtly, at other times more pronounced. In any event, it’s great to have such a pair of wonderful humans on the record.

Dana Schechter – Dana played bass on the song ‘Some New Things’. Dana was a core member of Angels of Light. Her current band is Insect Ark. It’s rather heavy and great. Will be working with Dana more soon in the future and very pleased we reconnected recently.

Jennifer Gira – Backing vocals throughout and cameo vocal on Sunfucker. Jennifer has sung backing vocals on the past few Swans albums as well as lead vocal on the song When Will I Return? on the last Swans album, The Glowing Man. She’s also of invaluable help on mixing and arrangement decisions.

Cassis Staudt – Accordion and harmonium. Cassis was a core member of Angels of Light. She moved to Berlin some time ago and we lost touch. Cassis is a composer of music for films in Berlin. I’m very happy to be working with her again.

Norman Westberg – Electric guitar. Norman played on a few key moments on this record. Norman has been in and out of Swans since the beginning (mostly in) and was a core Swans member in 2010 – 2017. We’ll continue to work together into the future, absolutely. Norman releases solo instrumental records through Lawrence English’s Room 40 label. We’re touring (each solo) together in Eastern Europe soon.

Christopher Pravdica – Bass guitar, sounds. Chris played at pivotal moments on this record. He was a core Swans member in 2010 – 2017. We’ll continue to work together in the future, absolutely. Chris has recently been enlisted by Jamie Stewart for his band Xiu Xiu.

Phil Puleo – Phil played hammer dulcimer on the song Amnesia. This might be considered a severe underutilization of his considerable talents as a drummer, but there’s more to come quite soon. Phil was a core member in Swans 2010 – 2017 and played as a member of Swans in the late 90s and contributed to Angels of Light.

Thor Harris – percussion, trumpet, clarinet, sounds, bells, gizmos, additional vibes. Thor drove up from Austin to record for me at Heather and Jeremy’s place in Albuquerque. Always a highpoint to be in the presence of this committed musician and friend. Thor was a core member of Swans in 2010 – 2016 as well as Angels of Light. Certainly, more to come! Thor has his own happening combo, Thor and friends, and they make seductive and beautiful records and tour often. He also has recently been recruited by Jamie for Xiu Xiu.

Paul Wallfisch – Paul played piano to great effect here and there on the record. Paul was a touring member of Swans in 2017. He works with the glorious human chanteuse Little Annie. He’s also a musical director for theater productions in Germany, and recently landed a very fancy-pants job as musical director/composer for a theater production at a historical theater in Vienna.

In autumn, Michael Gira will be touring select cities on a solo tour with Norman Westberg. Swans will tour in the spring of 2020.

Amnesia – with Anna and Maria von Hausswolff on backing vocals

Sunfucker – with Anna and Maria von Hausswolff on backing vocals

The Nub – with Baby Dee on guest vocals, also feat. The Necks

Some New Things – digital / CD only