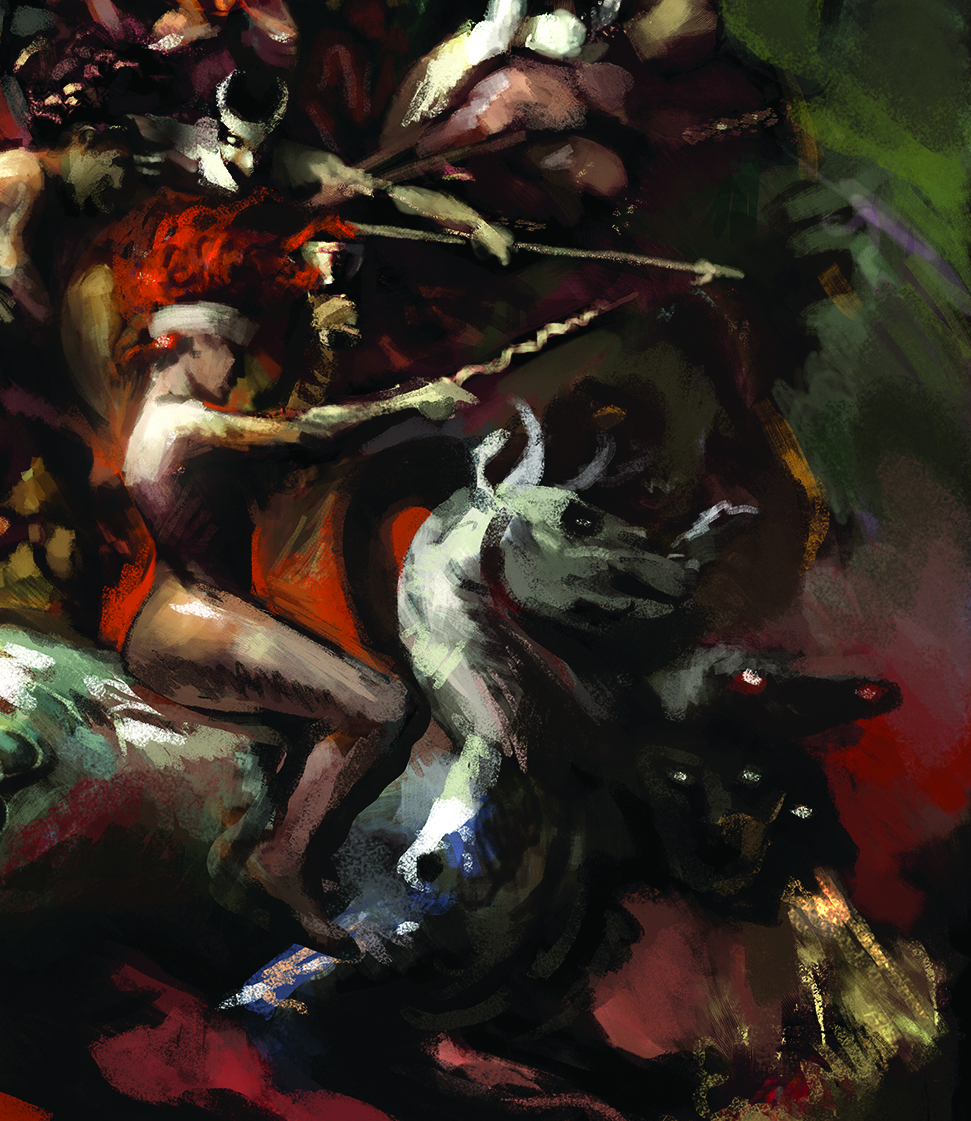 New book announcements from Three Hands Press are always attention-grabbing, and this time it’s especially so as the subject of their latest title is Babalon. The anthology A Rose Veiled in Black: Art and Arcana of Our Lady Babalon has just been announced with an expected due date of All Hallows Eve, 2015 EV.  This volume will feature a dozen essays and rituals dedicated to Our Lady, enhanced by a stunning selection of original artwork. Contributors to this impressive volume include: Detail of Mitchell Nolte’s original artwork, “Mother of Pain,” which is featured in A Rose Veiled in Black.

Running 264 pages with color and black-and-white images, the book will be available in October in two editions: a standard hardcover with dust jacket (2,500 copies) and a deluxe hardcover quarter-bound in scarlet goat and marbled paper (limited to 77 exemplars).  Copies can be pre-ordered through Three Hands Press.

According to the publisher,

The Lady Babalon is one of the more enigmatic figures in the Cult of Thelema. She is a manifold deity in the sense that She is a divine harlot, an initiatrix, a creator and a destroyer. In representative form, the letters of Her name encompass an heptogrammic star; yet She lies beyond mere representation, and Her star signifies only the powers of Her train and not the station of Her immanence. She is the unsignified, a cipher conveying manifestation, and yet the veritable seal of the invisible Order of Illuminated Adepts. In Her subtle and etheric anatomy flows the life-blood of the Saints—the All-Living—nd in this is Her deepest mystery, for, as it is written, in the Gospels, and in Aleister Crowley’s Liber 418, “The Blood is the Life.”

A ROSE VEILED IN BLACK is the second volume in Three Hands Press’ Western Esotericism in Context Series which began with Hands of Apostasy. The book is a potent gathering of twelve essays and rituals of Babalon by scholars, practitioners, and allies of Thelema, dedicated wholly unto the manifest contemplation of Her Mystery. Exploring occult themes of sacrifice, magical liberation, prophecy, witchcraft, and abomination, it marks a watershed publication for the discourse on this important and previously neglected aspect of Thelemic Studies. The written works are enhanced by an offering of original and visionary art from contemporary practitioners, each exploring Her magical arcana from a ritually embodied perspective.