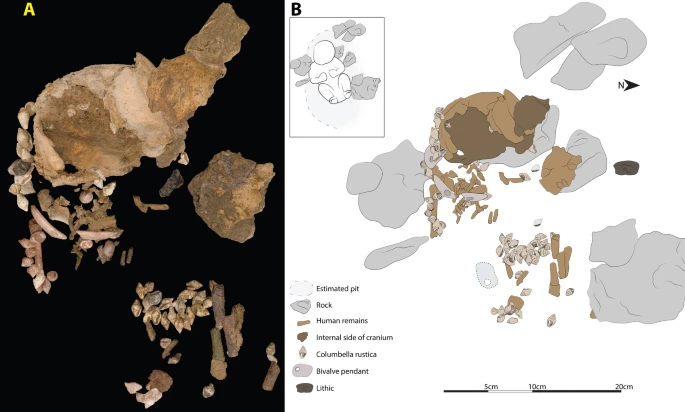 Recently, the scholarly journal Nature published a paper on an infant burial in northwestern Italy and the insights into funerary practices and female personhood in early Mesolithic Europe that examining these remains and their archaeological context has provided. The Introduction reads:

“Mortuary practices offer a window into the worldviews and social structure of past societies. Ethnographically, many cultures have delayed attribution of personhood to young children, holding them in a liminal state of humanity1,2,3,4. Thus, child funerary treatment provides important insights into who was considered a person and thereby afforded the attributes of an individual self, moral agency, and eligibility for group membership. Indeed, significant discussion persists concerning the recognition of infant personhood among prehistoric peoples5,6,7. Here we report the burial of a young infant in Liguria (northwestern Italy)—Arma Veirana Hominin 1 (AVH-1; nicknamed “Neve”), directly dated to the early Holocene. In Europe, the onset of the Holocene (at 11,700 cal BP) broadly coincided with the early Mesolithic, a cultural period likely to have catalyzed important social changes as humans adapted to significant environmental shifts following the end of the last Ice Age8,9. Burials from the early Mesolithic are exceedingly rare or minimally documented10,11,12,13,14, and AVH-1 contributes essential data from this key period of prehistory. Significantly, AVH-1 represents the earliest female near-neonate interment documented in Eurasia and provides novel insights into how age and sex/gender influenced the construction of personhood among prehistoric hunter-gatherer societies.” 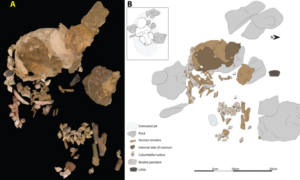