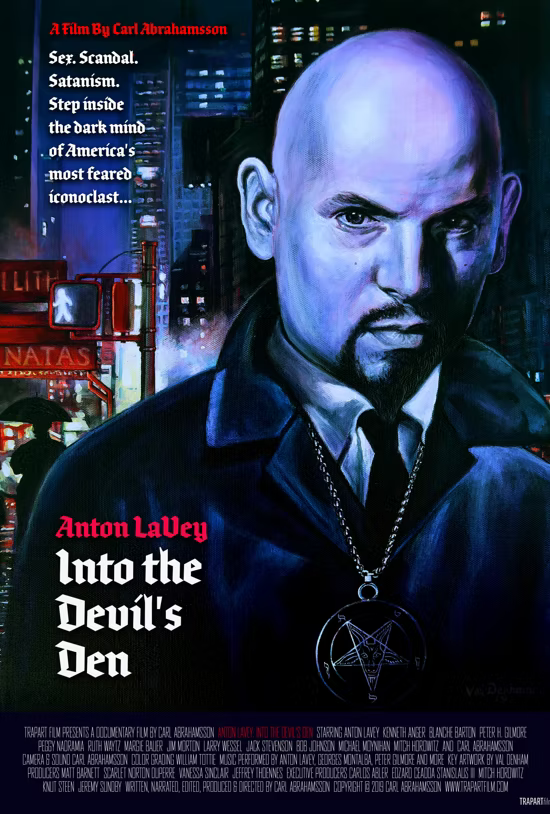 Into the Devil’s Den is a film by occult polymath Carl Abrahammson. Youe can rent it or purchase it on Vimeo: https://vimeo.com/ondemand/intothedevilsden

In 1989, I met Anton LaVey for the first time. At this time in his life, LaVey was seeing only a select few people. For this film, I’ve met and interviewed some of them, to try and create a composite image of what he was really like, and what he meant to these people. It’s a memory lane trip, filled with personal stories, dark humor, great music and never before seen material with the “Black Pope” himself.

Anton LaVey was many things to many people: musician, magician, writer, wild animal trainer, police photographer, film buff, founder of a magical group, and possibly of a new religion, and yes… He was a Satanist. With his creation of the infamous Church of Satan in 1966, and his bestselling book The Satanic Bible in 1969, Anton LaVey changed the ballgame in many ways. Here was a free-spirited San Francisco based group neither in favour of mind-expanding drugs, nor of peace & love for its own sake. Here was a group that was decidedly, outspokenly anti-Christian. Here was a group that brought dark pro-sexual psychodrama and the philosophy of Friedrich Nietzsche straight into American living rooms and TV couches. Anton LaVey became a celebrity scapegoat who basked in the attention, and made a successful career out of it. But who was Anton LaVey behind the public persona that so easily provoked primitive American Christians and other intolerants? Who was this enigmatic “American Adversary”? 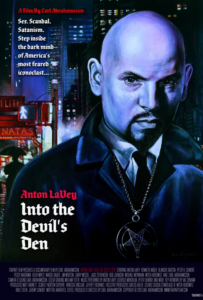