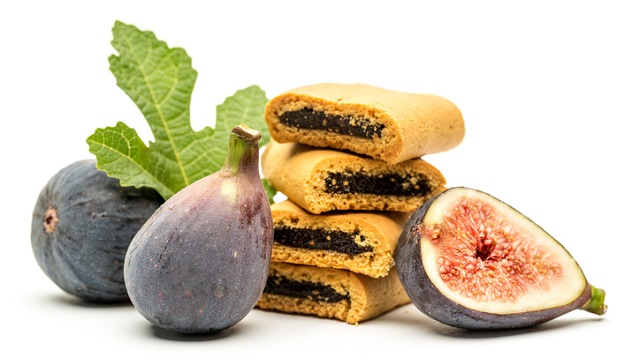 Magically, figs are believed to enhance fertility, strength, energy, and health, and are pleasing to Venus. Some sources imply that men can eat fresh figs to increase their potency and virility.

According to ThoughtCo, the Fig Newton was invented by Charles M. Roser, a cookie maker in Ohio. He sold the recipe to Kennedy Biscuit Works, the company that became the National Biscuit Company (Nabisco). ThoughtCo elaborates:

A Fig Newton is a soft cookie filled with fig jam. A machine invented in 1891 made the mass production of Fig Newtons possible. James Henry Mitchell invented a machine which worked like a funnel within a funnel; the inside funnel supplied jam, while the outside funnel pumped out the dough, this produced an endless length of filled cookie, that was then cut into smaller pieces.

Today, the cookies are just called Newtons, and are available in a number of flavors rather than fig alone. If you don’t want to buy them, you can make your own at home!