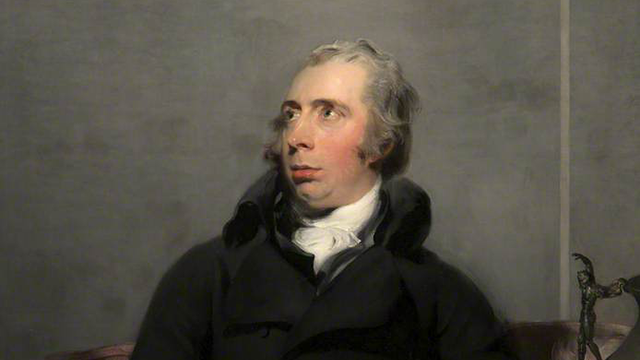 Today, April 23, is the Feast of Gnostic Saint Sir Richard Payne Knight. Wikpedia describes Knight as “… a classical scholar, connoisseur, archaeologist and numismatist best known for his theories of picturesque beauty and for his interest in ancient phallic imagery.” He was a friend of George Gordon, Lord Byron. Among his published works is Discourse on the Worship of Priapus (also published as Two Essays on the Worship of Priapus), which is included in Section 1 of the A:. A:. reading list.

According to the Hidden Basilica of Sabazius:

The metaphysical system set forth in the book is one of emanation. The Supreme God is a Quintessential, Male-Female Principle, embodying the principles of creation, destruction and renovation. The process of emanation takes place through a division of this “Intellectual Being” or “Fire” into two principles: active and passive, male and female, formative and solvent: the Divine Essence, or life force; and Universal Matter. All living beings are a result of the invigoration of the Universal Matter by the Divine Essence. Sexual intercourse could, then, be viewed as a sacred reflection of the divine Mystery of Emanation. Knight theorized that such a viewpoint was, indeed, that expressed in the sexual imagery and symbolism of the ancients–-elements of which have survived and can still be seen even in the sacred art and architecture of modern times.

To honor Richard Payne Knight’s celebration of sexual imagery, here is a menu for a sensual feast. Mix and match as ye will!