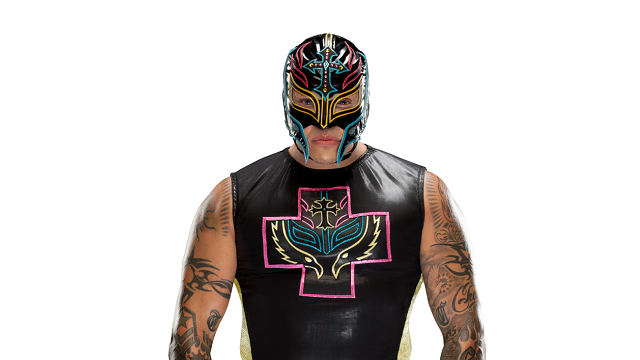 Forty-three years ago today in Chula Vista, California, wrestler Rey Misterio (King Mystery) was born Óscar Gutiérrez. The WWE website tells us: “Trained in the proud Mexican tradition of lucha libre before he was even old enough to drive, Rey Mysterio adopted his ring name in tribute to his uncle and hid his face under a mask as lucha custom dictates. In a world of hooded high-flyers, the exhilarating Mysterio stood out enough to earn the attention of ECW and WCW where his thrilling bouts with such rivals as Eddie Guerrero and Psicosis became the stuff of legend among sports-entertainment fans. His greatest successes, however, were realized after joining WWE in 2002.”

While Misterio may be well known for his performances with WWE, he is currently signed to Lucha Underground.

In honor of his birthplace, please enjoy this delicious recipe:

Place the fish in a resealable bag or container. Combine the beer, chili powder, brown sugar, salt, cumin, garlic and lime zest and juice in a large bowl. Give it a good stir and pour it over the fish. Marinate the fish for 30 minutes in the refrigerator.

Preheat a grill or grill pan over medium-high heat.

Take the fish out of the marinade and pat dry completely. Brush the fish with the oil and grill until browned, 3 to 4 minutes per side. Transfer to a plate, cover with foil and let rest for 5 minute. Slice each fillet into slices.

Heat the tortillas on the grill for about a minute, or wrap them in a damp towel and microwave until warm, soft and pliable, about 1 minute.

Spread some of the Carlsbad Cream onto the warmed tortillas. Place a few slices of fish on top of each and then top with some cabbage and Pickled Red Onions. Serve with lime wedges on the side.

Read the full recipe at the Food Network website.